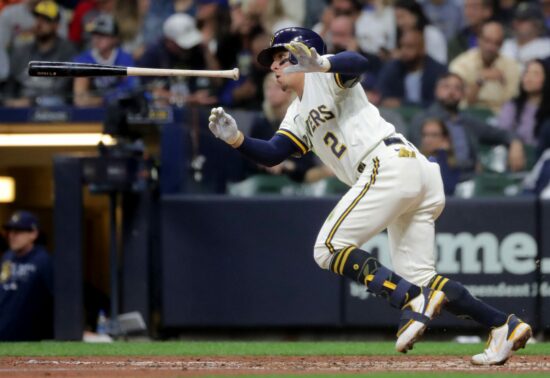 The St. Louis Cardinals have had a profitable week so far against the Milwaukee Brewers. STL has come out victorious in the first two games of this series as +168 and +177 underdogs to push their winning streak to 10 games. Is it time to ride the Redbirds again on Wednesday at +120 or like all good things does this run come to an end?

Cardinals Getting Some Pitching This Week

St. Louis looked out of the playoff picture a few weeks ago but have used a 12-1 run since September 6th to assert themselves as not only a postseason contender, but a matchup that no other team wants. The Cardinals are sitting pretty with a 4 game lead over the Reds with 12 to play – but they’re not done yet.

What makes the Cardinals such a tempting play at +120 is that they are clicking on both offense and defense. Jon Lester picked up the 200th win of his career with 6.0 IP of 3-hit ball on Monday while Jake Woodford backed that up with 5.0 IP of 2 hit, shutout ball on Tuesday. Whether that’s bad Milwaukee offense or solid St. Louis pitching, it looks good for Miles Mikolas (1-2, 4.50 ERA) on Wednesday coming off 5-2/3 innings of shutout ball vs. the Padres in his last start

It’s the STL offense that puts Cards’ backers at ease heading into this matchup. The 2-1 win on Tuesday was just the 2nd time that the Cardinals hadn’t scored at least 5 runs in the last 8 games.

Can Brewers Salvage One?

Milwaukee winning the NL Central is inevitable. They are 9.5 up on the Cardinals with 11 to play and the magic number is at 3 – which it has been the last two days. The Brewers aren’t just having a bad series, they’ve actually dropped 5 of the last 7 which includes series against the Cubs and Tigers – a couple of sub .500 teams.

Craig Counsell has tossed Freddy Peralta and Brandon Woodruff to the mound the last two nights and still couldn’t get a win – both pitchers with a 2.65 ERA or better on the season. The Milwaukee manager turns to Brett Anderson (4-8, 4.18 ERA) on Wednesday trying to snap the Cardinals’ 10-game win streak. The hard part about that is that the Brewers have lost 4 of the last 5 Anderson starts, and St. Louis has won 7 straight road games vs. LH starters.

Milwaukee’s offense needs to wake up, as they’ve scored 3 runs and have 7 total hits so far this series. Miles Mikolas was solid in his last outing with 0 ER over 5.2 IP, but he had allowed 4 ER in each of his previous three outings.

How do you not back St. Louis here? The Cardinals have cashed out at +168 and +177 the last two night’s which is highway robbery for a team that is now on a 10-game win streak. The Brewers are limping towards the finish line in an inevitable NL Central winning season, and they aren’t worth backing at -130.