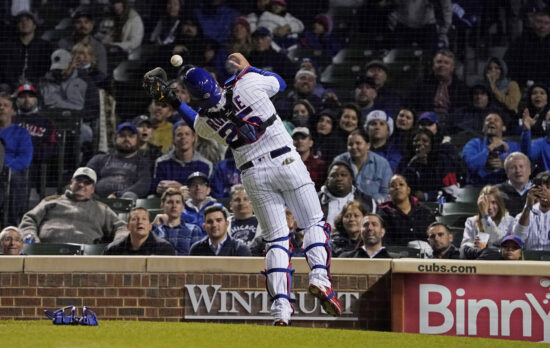 The Chicago Cubs had Thursday off which should help them recharge a bit heading into Friday’s doubleheader with the St. Louis Cardinals. The North Siders didn’t look too good the last time we saw them, dropping both in a two-game set with Minnesota, Chicago’s 6th loss in the last 7 games. STL meanwhile has won 12 in a row, inching closer and closer to securing the 2nd wild card spot.

St. Louis Impressive Down the Stretch

Who wants a part of this Cardinals squad either now or in the postseason because this team has come together at the most important time of the season. St. Louis is getting quality pitching in holding opponents to 2 runs or less in 5 of their last 7 and their offense is smoking too, scoring at least 6 runs in 7 of the last 10.

St. Louis is getting offensive contributions all around, with Paul Goldschmidt leading the way with a .453 OBP over the past two weeks. Tyler O’Neill and Nolan Arenado have combined to hit 9 HR over the last 12 games, and Dylan Carlson has knocked in 11 runs over that span. The Cardinals have six batters hitting better than .300 over the past two weeks.

The STL offense should get theirs in a game that features a forecast of a 14 MPH win blowing out to left field. That isn’t an ideal pitching situation for Cards’ starter J.A. Happ (9-8, 6.02 ERA) who has given up 3+ ER in three of his last four starts. The good news is that the left-hander has been keeping the ball down, not allowing a HR in his last two outings after giving up 4 in just 6.0 IP prior.

Cubs Limping to the Finish Line

Some excitement had returned on the North Side as the Cubs had run off 7 straight wins to begin the month of September but that has faded away with losses in 9 of the last 11. Chicago gave up 14 runs in a two-game set with Minnesota most recently, and four different Twins players had 3-hit nights on Tuesday.

It’s looking like very hitter-friendly conditions at Wrigley Field at least for the day game of this doubleheader. That’s good news for Patrick Wisdom as he recently broke Chicago’s single-season record for HRs by a rookie, but he also has 13 K’s in his last 20 AB. Only four current Cubs batters have ever faced Happ, with Robinson Chirinos (5 for 14) and Matt Duffy (6 for 16) both having success vs. the lefty.

Justin Steele (3-3, 4.20 ERA) makes his 8th start of the season for Chicago and first appearance vs. St. Louis. The Cubs have lost 5 of the previous 7 Steele starts, and he allowed 10 hits to the Brewers the last time taking the mound at Wrigley Field.

This St. Louis offense is just too good right now, scoring 18 runs vs. the Brewers pitching staff the last two days. Although they’ve lost 5 of the last 6 at Wrigley, the Cardinals have momentum with a 12-game win streak and are surging towards locking up that playoff berth.