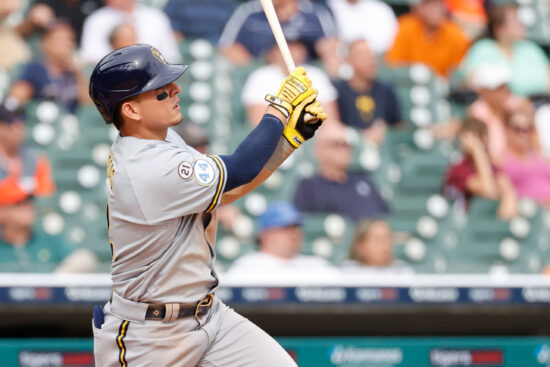 No lead is safe this season for the Chicago Cubs bullpen, who were up 7-0 in the 3rd inning of Thursday’s game with the Phillies only to lose 17-8. It’s the second time this season the Cubs have led by 7 only to lose by 7+, the other coming against Friday’s opponent the Milwaukee Brewers. Milwaukee would normally be a risky play since they’re up 12.5 games in the NL Central, but this team loves kicking the Cubs when they are down.

How Do Cubs Bounce Back

The only word to describe Chicago’s mindset coming into the series with the Brewers is embarrassment. The Cubs’ offense showed their potential with a 7-run 3rd inning, but Philadelphia had already tied things up by the bottom of the 4th, and blew things open with 10 runs over the 6th, 7th, and 8th inning.

Kyle Hendricks had another uncharacteristically rough outing for the Cubs, lasting just 3.2 IP. That forced David Ross to rely heavily on his bullpen which isn’t good coming into a Zach Davies (6-11, 5.40 ERA) start. Davies has allowed 11 ER over his last two starts and there was talk about taking him out of the rotation. The Cubs really don’t have anybody else though and have to go with a pitcher who has allowed 4+ ER in six of his last nine.

It really doesn’t matter what Chicago’s offense does on Friday due to their pitching likely giving up 7+ runs. That’s a shame because Willson Contreras and Frank Schwindel continue to play well with both having an OBP of .417 or better over the past week while Ian Happ has added 10 RBI over his last 12 games.

Friday’s game may turn into a glorified batting practice for the Brewers’ offense as they face a struggling Chicago pitching staff. Putting up big numbers against the Cubs is nothing new this season for the Brewers, who have a 14, a 15, a 10, and a 17 run outburst vs. Chicago in the last seven games alone.

Milwaukee gets to tee off on Davies in this spot, but he pitched well against them at the end of June allowing just 2 runs albeit in just 4 IP. Davies has gotten progressively worse since May though, currently sitting with a 16.50 ERA in two September starts. Milwaukee is just 9 for 54 (.167) vs. Davies, but it seems unlikely that those struggles continue in this one.

While Chicago scrambles to put pitchers together for the series opener, Milwaukee is confident in their man Adrian Houser (9-6, 3.25) who has allowed a run or less in five of his last six starts. Houser hasn’t given up a run in two September starts (15.0 IP) and has a 2.54 ERA at home.

Milwaukee is a -235 favorite in this one but the Brewers have won seven in a row against the Cubs this season and 9 of the last 10. Milwaukee usually doesn’t just beat Chicago either – they beat them up.