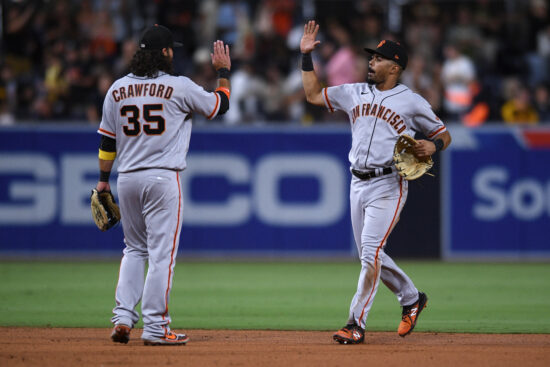 The San Francisco Giants definitely have some value as +101 underdogs on Wednesday as winners of 12 of their last 15 games. The San Diego Padres seem like strange -110 favorites even at home in this meeting, as they have in turn dropped 9 of their last 11. That includes a 6-5 SF win on Tuesday to put the Giants up 8 to 6 in the head-to-head season series.

Around the MLB teams like the Brewers, White Sox, and Astros are easing their way into the postseason with comfortable leads in their respective divisions. The Giants have the best record in baseball (98-53) but still have to play every game with a sense of urgency as the Dodgers continue to be just 1 game back in the NL West. There’s a huge difference between home field throughout the NL playoffs and having to play in the wild card game.

The Giants and Padres split their 4-game series at Oracle Park last weekend, but San Francisco had a nice start to this week’s matchup with a 6-5 win on Tuesday as +101 underdogs. SF got off on the right start with a leadoff HR from Tommy La Stella and were able to withstand a couple of HRs from Manny Machado as well as long balls from Tommy Pham and Austin Nola.

One big reason to like San Francisco on Wednesday night is because the Padres are essentially out of the postseason race. A 2-8 stretch has put San Diego 5 games out of the 2nd wild card spot with just 11 to play. SD still hit the ball well on Tuesday, which puts Giants starter Scott Kazmir in a rough spot making his first start since June 4th. Kazmir posted a 4.61 ERA in six starts in Triple-A since returning from pitching for the U.S.A in the Tokyo Olympics.

The Padres managed 13 hits on Tuesday night and were able to get to Giants ace Kevin Gausman for 4 ER over just 4 IP. What that impressive offensive output did is force Gabe Kapler to use six relievers leaving the San Francisco bullpen in rough shape during Scott Kazmir’s return to the big leagues.

While the Padres do look like a nice play at -110 on Wednesday, this is also a team that has been in a free fall with a 5-12 record in September. Even so, it’s a matchup with Kazmir who hadn’t pitched in the MLB from 2016 until making two starts earlier this season. Eric Hosmer has the most experience vs. the San Francisco starter, going 9 for 23 (.391) in his career. It’s an especially good matchup for the Padres with Manny Machado hot down the stretch with a .409 average over the past week.

Even with Kazmir returning to the majors for the first time in three months the banged-up Padres rotation still doesn’t really have an edge. Vince Velasquez makes his 2nd start with San Diego following a signing off the scrap heap after being waived by Philadelphia. The right-hander allowed 4 ER over just 4 IP (2 HR) in his first start with San Diego.

This game is going to get turned over to the respective bullpens by the 4th or 5th inning which means anything can happen late in the game. In that respect, you trust the Giants’ offense more, and you go with the better value in what is essentially a coin flip game.