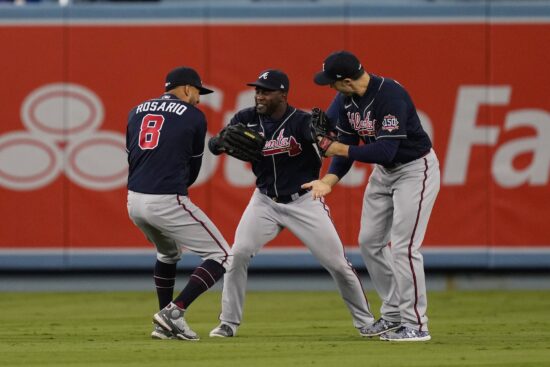 The Atlanta Braves, the most underrated team coming into the 2021 postseason, is one win away from their first World Series in 22 years. The Dodgers, on the other hand, as defending champs were expected to not only make it back to the World Series but expected to make it back easily. Now, they are one loss away from going home and making plans for next season.

The Braves are their left-hander, Max Fried to the mound to try to end the series before it would have to head back to Atlanta. Fried has pitched in two games this postseason and has put up a 1-0 record with a 1.50 ERA in 12 innings pitched with 14 strikeouts. On October 16, Fried had a no-decision against the Dodgers. In that game, Fried pitched six innings allowing two runs on eight hits while striking out five and walking none. Fried might just be who the Braves need to end this series on Thursday night.

The Dodgers Need To Score, and Score Early

The Los Angeles Dodgers, who won the 2020 World Series, are one loss away from ending their season without getting a chance to defend their title. If they want to move on, they need to figure out the Braves bullpen, and especially their starter, Max Fried. The Braves threw a bullpen game on Wednesday, and the Dodgers offense was baffled. With runners on second and third with two outs, AJ Pollock hit a sharp single to right field, scoring Justin Turner and Cody Bellinger, for their only two runs of the game. As a team, the Dodgers only pushed across four hits the entire game.

The Dodgers have not yet announced their starter for game six but in all honesty, we all know that Max Scherzer is going to take the hill and give them all that he has. Once Scherzer is out of gas, the Dodgers will go with their bullpen, who only had to use three relievers in game five. Scherzer hasn’t pitched since October 17, in Atlanta where he only lasted 4.1 innings while allowing two runs on four hits to the tune of a 2.16 ERA. In those 4.1 innings that Scherzer pitched, he struck out seven and walked one. Like aforementioned, if Scherzer gets in trouble, everyone but the game four starter, Julio Urias, is fair game to come out of the bullpen.

Who Will Win Game 5 of the NLCS?

The Braves are in the driver’s seat, with a 3-1 lead. Even if they don’t find a way to win tonight, they still have two more chances, back in front of their home fans. The Braves don’t want to give the Dodgers any momentum though, and I would look for them to close out the series tonight in Los Angeles.