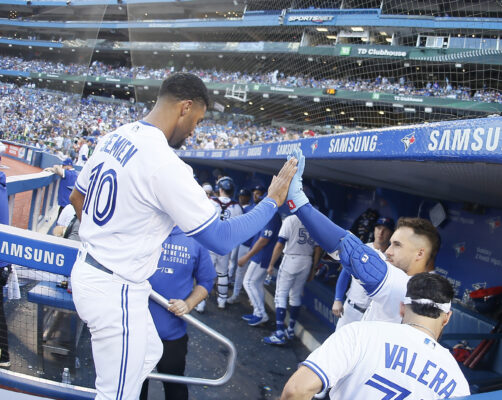 Even though they are out of the postseason race, the Minnesota Twins are being pesky down the stretch. Minnesota has split with the playoff-chasing Toronto Blue Jays this weekend, but most people would conclude they are about to get a lesson in the rubber match facing their old teammate Jose Berrios. Toronto needs the win a lot more, holding on to a ½ game lead over the Yankees for the 2nd wild card spot in the American League.

Twins out of Pitchers?

Rocco Baldelli hasn’t named a starter for the series finale as of late Sunday night, and thus we don’t know by how much Toronto is going to be favored in this matchup. The number should be pretty high for the Blue Jays, who lost on Friday at -197 and won on Saturday as -165 favorites.

It would be John Gant’s spot in the rotation but he’s out indefinitely with an abdominal issue. Gant allowed 8 ER in his first two starts since moving out of the bullpen and after a trade from St. Louis, but had looked better as of late with 2 ER allowed over his last 10.2 IP (3 starts). The Twins can’t even go to Joe Ryan (1-1, 2.12 ERA) on short rest, because he’s also on the I.L with a wrist injury.

It’s possible Minnesota throws a bunch of randoms out to the mound on Sunday, which Toronto’s #3 scoring offense has no problem with at all. That means if there’s any chance for a Twins win there offense probably has to hit the 5-6+ run mark. The Twins did hit four HRs in Friday’s win, and Josh Donaldson went deep for a second straight night on Saturday so maybe Minnesota gets this series finale.

Toronto has to regret letting Friday’s 7-3 loss as -197 favorites get away from them. The Blue Jays had won 5 of 6 prior, but did have a struggling Hyun-Jin Ryu on the hill who has now allowed 12 ER over his last two starts, not getting out of the 3rd in either.

To their credit, the Blue Jays took care of business on Saturday night in a 6-2 win behind 5.2 IP from Steven Matz in which the lefty gave up 2 ER. Toronto doesn’t know who they’ll be facing in Sunday’s series finale, but they know they’ll likely send Jose Berrios to the mound in his first-ever game against his former franchise.

Berrios spent six seasons with the Twins before being shipped away at the deadline this year. Josh Donaldson is the only Minnesota batter Berrios has ever faced, but the right-hander has been on a roll giving up 2 ER or less in 4 of his last 6.

Minnesota has no starter, and they’re up against their old teammate Berrios who has found his stride in the Toronto rotation. The line is late to be released until Baldelli actually reveals who will get the first 1-2 innings for Minnesota, but this is still Blue Jays all day.