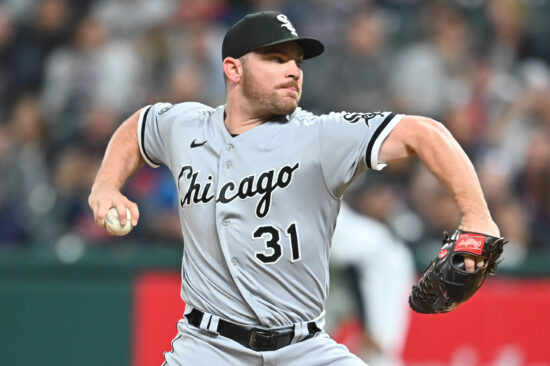 The Chicago White Sox have officially entered ‘meaningless mode’ after clinching their first AL Central crown since 2008 with a win on Thursday. That victory came in the 1st game of a double header vs. the Cleveland Indians, and the South Siders lost the nightcap before pulling off a 1-0 win on Friday night. This extra-long series continues with the Sox a -190 favorite on Saturday night.

Lance Lynn (10-5, 2.53 ERA) was dealing with some knee inflammation at the beginning of the month, but he has come back with a vengeance in two starts since. Lynn went 5.0 IP allowing 0 ER vs. the Red Sox on September 12th and came back with 5.1 IP of 1 ER ball last time out against his old team Texas.

The Chicago bats look like they were feeling the effects of celebrating a division crown the night before, managing just 4 hits vs. the Indians on Friday. It turns out they only needed one hit, a Luis Robert solo shot in the 5th inning that was good enough for the 1-0 win. The Sox might not need many more than that on Saturday either with Lynn on the bump.

Cleveland With Not Much Hope Here

What makes Cleveland’s job so tough on Saturday night is that this game gets really shortened. Lynn has to be good for about 5-6 innings allowing minimal damage, and then Chicago brings in Craig Kimbrel in the 8th and Liam Hendricks in the 9th for lights-out baseball. If the Indians don’t have a big 7th inning in this one their hopes are bleak.

If the Indians were on the road their offense might pose a threat here. Cleveland went 4-2 on their most recent trip away from Progressive Field and ended up scoring 11+ runs in 3 of their last 4 on that stretch. Since returning home though the Indians have been held to 2 runs or less in four of their last six.

Eli Morgan (3-7, 5.68) makes what is likely the penultimate start of his rookie campaign on Saturday night, and his first-ever appearance vs. the White Sox. Morgan has had his struggles pitching at home this season, posting an 8.31 ERA in 9 starts at Progressive Field this season.

Chicago has traditionally struggled the past few years in their 1st time ever facing a pitcher as they are with Morgan. The thing is they don’t need a whole lot on Saturday night with Lynn on the mound and then turning it over to the elite bullpen – especially against a Cleveland offense that is struggling.