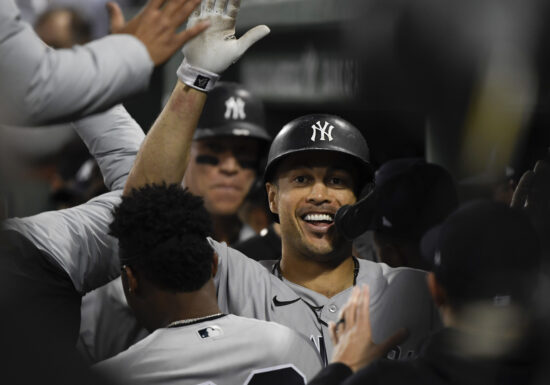 The New York Yankees travel to Toronto for the final time this season as both teams are fighting for their chances at the 2021 playoffs. The Yankees are 6-10 so far this season against the Blue Jays. The Yankees currently hold a one-game lead over the Red Sox for the first Wild Card position, while the Blue Jays currently sit one game behind the Red Sox for the final Wild Card spot. This series could make or break either team’s chances of making the playoffs this season.

Yankees Come Into Toronto With The Playoffs On Their Mind

Jameson Taillon returns to the Yankees with his first start since September 6. This might be the most important start for the right-hander in his career. Taillon comes into tonight’s matchup with an 8-6 record with a 4.41 ERA over 138.2 innings pitched. In his 138.2 innings pitched, Taillon has 136 strikeouts, 42 walks, and has given up 24 home runs. In his career, Taillon has pitched three games against the Blue Jays and has given up ten runs in 16.2 innings, and has a record of 1-2.

The Yankees offense has been showing up, especially in their last ten games. The team has averaged 5.1 runs per game, led by the red-hot Giancarlo Stanton. In his last ten games, Stanton has 13 hits, with six of which being home runs, including a home run in the past three games. Stanton also has 15 runs batted in the same time frame. Look for the Yankees offense, especially Stanton to stay home, especially with the push to the playoffs concluding.

Does Toronto Have Enough to Secure a Wild Card Spot?

Six games left in the season, and the Blue Jays are currently sitting one game out of the playoffs. This series can make or break the season for the Blue Jays, especially if they can sweep the Yankees at home. The Blue Jays are throwing out their veteran left-hander Hyun Jin Ryu to begin the season against the Yankees. Ryu has posted a 13-9 record with a 4.34 ERA over 159.2 innings pitched this season. Ryu has recorded 133 strikeouts while walking 35 and giving up 22 home runs. Over Ryu’s four games against the Yankees this season, he has given up six runs over 31 innings pitched and has a record of 3-0.

The Yankees are coming in red hot, but Ryu has been spectacular against the Yankees this season. Look for Taillon to bounce back and come back strong with potentially his last start before the playoffs. I would look for a pitching duel, with the Yankees continuing their streak and coming out on top.