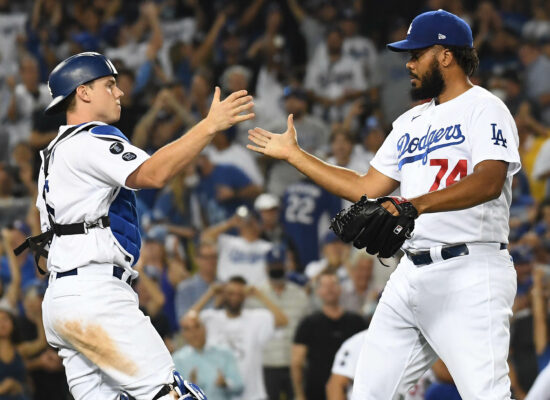 The Los Angeles Angels are at a disadvantage in an interleague game that doesn’t have the designated hitter, but they were able to get a win on Friday night even without the services of Shohei Ohtani. The Los Angeles Dodgers will try to even up the series on Saturday night and should do so (on paper) as meteoric -290 favorites.

No Ohtani, No Problem

Ohtani did pinch-hit in Friday’s win drawing a walk, but that’s a lot of pop missing from the lineup as the two-way star leads the majors with 37 HR. The Angels managed just 7 hits in the series opener, but the ones they had were huge including HRs from Jose Iglesias and Jack Mayfield.

Friday night marked the fourth straight win for the Angels, who also took the last three in their four-game series with the Rangers in Arlington. LAA is staying in the fight just 6 back in the wild card race, but they also have the Mariners, Blue Jays, and Yankees to jump to catch Oakland. Plus they have to do it without Mike Trout, who has been out since May with a calf injury.

Jaime Barria will try to keep the powerful Dodgers offense at bay on Saturday night. Barria makes just his third start since being called up from Triple-A Salt Lake, but he’s thrown well with just 2 ER allowed over 13.2 IP against the Twins and A’s.

While the Angels have to (likely) play without one of their big bats on Saturday night, the Dodgers unleash yet another one as Trea Turner is expected to get his first start with the team. Turner came over from Washington at the trade deadline but has been in COVID protocols. Turner is 4th in the majors with a .321 batting average.

Adding Turner to this Dodgers offense almost seems unfair. It’s a lineup that already features Mookie Betts, Justin Turner, Corey Seager, Max Muncy, and Albert Pujols to name a few. Now we’re going to see Cody Bellinger become a platoon player? L.A is 3rd in the majors scoring 5.18 runs/game, but only plating 5 would almost seem like a bad offensive night with this roster.

The Dodgers should be able to plate some runs on Saturday night, not that Julio Urias needs them however. The left-hander is tied with the Cubs’ Kyle Hendricks for the league lead in wins (13) and has allowed an earned run or less in five of his last six starts.

Barria is a wild card for the Angels because he has pitched well the last two, it’s just that the sample size is so small as he makes just his 3rd start of the season. This Dodgers lineup just keeps coming and coming, and eventually, they’ll break this one open.