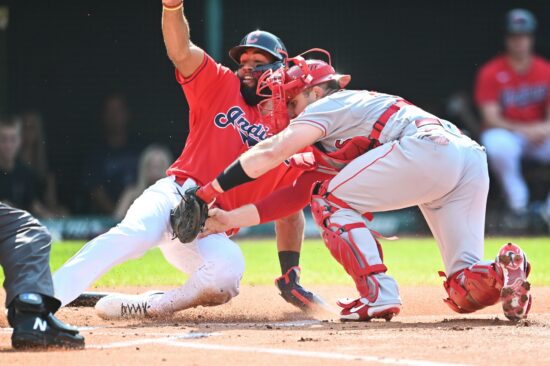 The Angels are 12 games behind the Astros, with 2 teams in between. These two teams are tied in the Wild Card standings 8.5 games behind. Neither can afford to lose many more games.

Indians Look to take the Series

The final game of the Indians and Angels series will be played in Williamsport for the Little League Classic. Many of the youngsters in Pennsylvania are excited to catch the action.

The Indians are set to put Cal Quantrill on the mound on Sunday. Quantrill is 3-2 with a 3.26 ERA on the season.

With the Indians’ 8.5 games back in the Wild Card race, we wouldn’t look for them to give up on the season just yet.

Offensively, this team is carried by superstar Jose Ramirez. Ramirez is slashing 259/344/552 on the season. This may be his last in Cleveland.

Everyone in Williamsport is pumped to meet superstar Shohei Ohtani. The new and improved Babe Ruth.

Unfortunately for the youngsters, Ohtani isn’t on the mound tonight, but we have a feeling that he might show the kids a thing or two with his bat.

Mike Trout hasn’t returned from the IL yet, but I would imagine a huge portion of these kids’ favorite players play for this team, whether it be Trout or Ohtani.

With the Angels in the playoff race and 8.5 back in the Wild card race, don’t look for them to punt this season. Crazier things have happened.

Both teams in this game have less than a tenth of a percent chance to make it, but as they say in poker, all you need is a chip and a chair. Look for these teams to remain competitive down the stretch.

The Indians would probably like to finish off this series. Vegas has the Indians favored by 1.5 on the run line in this one. Since we think the Angels will win, we are staying away from the run line.

Los Angeles is putting Jose Suarez on the mound on Sunday. Look for Suarez to dominate a mediocre Indians lineup.

Since the better odds for the Angels are on the moneyline, that’s where we like them. Take the Angles ML. Good luck!