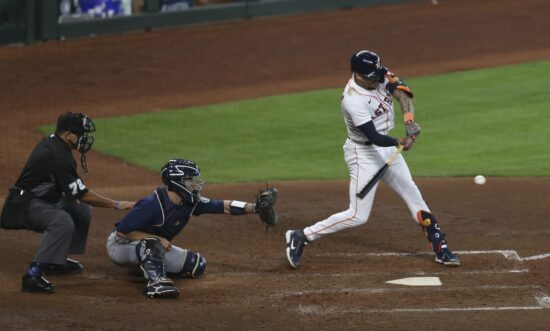 The Seattle Mariners will host the Houston Astros in a very pivotal home series in the Emerald City starting on Monday night. The Mariners are currently in the midst of a three-game winning streak, defeating the Oakland Athletics by a score of 4-3 on Sunday. Both the Astros and M’s are 7-3 over their last ten games, and Seattle is seven games back of Houston for first place in the AL West.

Can Seattle Continue To Defy The Odds?

Before the season began, the Mariners were expected to have one of the worst records in all of baseball as they continued their rebuild. Seattle has been the laughing stock of baseball for a while now, and 2021 was expected to be no different.

Despite how close a lot of their wins have been, the Mariners find themselves with a 53-46 record and will most likely buy at the trade deadline. They’ve been linked to possible names such as Whit Merrifield, who would be an excellent leadoff option. For now, however, the leaders offensively have been Ty France, J.P. Crawford, and Mitch Haniger. France has been exceptional this season, with a slash line of .277/.356/.426. Haniger ranks fifth in American League home runs with 25 and is 12th in RBI’s.

If the Mariners finally break through and make the postseason, look for Scott Servais to win AL Manager of the Year.

Houston, We Don’t Have A Problem

If one thing is clear, it’s this: the Houston Astros are an amazing team regardless of cheating. The haters and critics have been awfully silent in 2021, as the Astros rank first in runs per game, hits, and team batting average.

Coming off a down season, Jose Altuve is back to his usual MVP and is having a career year with the long ball. Altuve currently has 22 home runs on the season and could very well hit 40 by the end of September. Yordan Alvarez and Yuli Gurriel have been absolute studs, and Carlos Correa is one of the best shortstops in all of baseball. Outfielder Kyle Tucker has also done a commendable job with George Springer, now a member of the Blue Jays.

All-Star third baseman Alex Bregman is still nursing a quadriceps injury, so he won’t play in this one. Bregman last saw the field on June 16th, but Houston has continued to win without him.

Houston is putting a really good starter in Luis Garcia on the mound against Darren McCaughan, who has only made one appearance in 2021.

Despite only giving up one run over five innings against the Rockies on July 21, the Astros’ offense is a whole other beast, and they should be able to get to early at T-Mobile Park. Fade the Mariners at their home park on Monday.