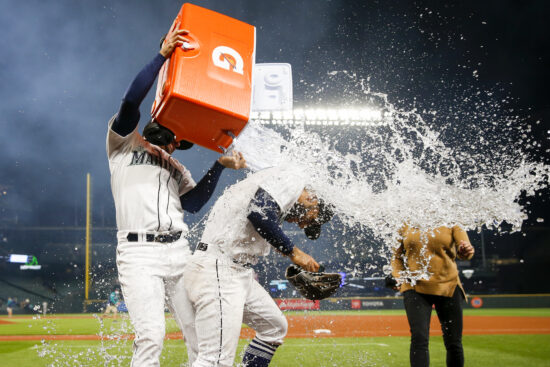 Tonight we see a matchup between the American League West-leading Houston Astros against the Seattle Mariners who are trying to make the playoffs for the first time since 2001, which is the longest playoff drought in all of North American sports. Houston only holds a two-game lead in the division, so they aren’t to the point where they are going to lay off the gas pedal quite yet. September 1st also means that every Major League team gets two additional roster spots for the rest of the season, so it will be interesting to see how each of these contenders fill those positions.

Will Houston’s Offense Ever Slow Down?

The Houston Astros offense is the second-best in the entirety of the Major Leagues this season. In the run differential column, they are +177, which only trails the Los Angeles Dodgers who’s run differential is sitting at +211. The Seattle Mariners on the other hand sit at -61, despite being only 4.5 games out of the playoff picture. The Astros are sending their ten-year veteran Jake Odorizzi to the mound tonight. Odorizzi has posted a 6-6 record with a 4.46 ERA in his 19 appearances this season. In his 47.1 innings pitched this season on the road, Odorizzi has posted a 4-3 record with a 5.13 ERA. So, this start may be beneficial to Odorizzi, with Seattle’s offense isn’t as potent as most contenders.

The second-best offense in baseball and the best in the American League is lead by Yordan Alvarez, Jose Altuve, and Kyle Tucker. Alvarez is slashing .285/.347/.542 with 28 home runs and 89 RBIs. Altuve is slashing .272/.346/.472 with 25 home runs and 68 RBIs. Finally, Tucker is slashing .281/.339./.525 with 22 home runs and 73 RBIs. The downfall with Alvarez though, is that he strikes out a lot, leading the team with 117 strikeouts this season. The only other Astros’ player who has struck out more than 100 times this season is Martin Maldonado, who has struck out 103 times. I’m looking for the Astros sluggers to have a field day with the Seattle rookie tonight.

The Mariners rookie right-hander has pitched in 18 games this season. In house 18 games Gilbert has posted a 5-5 record and 5.44 ERA. Gilbert has pitched one game for the Mariners Triple-A Affiliate, the Tacoma Rainers where he has posted a 1-0 record with a 1.80 ERA. Gilbert has pitched in one game against the Astros this season, and it didn’t go well for the 24-year-old rookie. Gilbert pitched against the Astros eleven days ago and lasted 4.2 innings while allowing nine runs on eight hits. Though that start was at Houston, with as potent of an offense as the Astros have, if the rookie doesn’t come with his best stuff, he might be knocked out just as early in this start.

If Gilbert can hold it together and keep the Astros bats at bay, the offense, despite their horrible run differential, has a chance to get to Odorizzi tonight. Kyle Seager and Mitch Haniger lead the team with 31 home runs and 29 home runs respectfully. The problem with those two hitters that they are all or nothing type hitters, with each posting more than 130 strikeouts this season. If you want to look for the most consistent hitter in the Pacific North West this season, its Ty France. France is slashing .292/.359/.457 with 16 home runs, 60 RBIs, an OPS+ of 129. France is also the complete opposite of the two power hitters, striking out only 80 times this season.

Who Will Win Tonights MLB Game?

The most potent offense in the American League is facing off against an offense that there are only six worse teams in the American League tonight. Neither starting pitcher has been outstanding this season, so I’m looking for a high-scoring affair, on both sides of the ball tonight. So if you’re a fan of high scoring, this will be the game that you tune into. In the end, the Astros will come out on top.