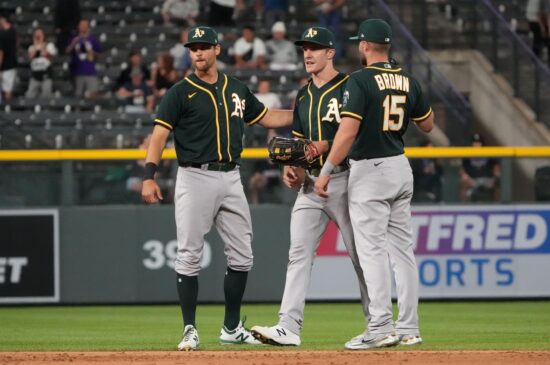 The site of the upcoming Major League Baseball All-Star Game is the place to be on Sunday, as the first-place Oakland Athletics look to sweep a three-game series on the road for the first time this season. It all points to a close and exciting match; check below to see our best betting picks for this match!

German Marquez was strong to open the current homestand, giving up just a single run on two hits in seven innings of work. His bullpen blew the lead for him in the 8th, but Colorado still went on for the win – their first of a three-game sweep of the Rangers. In his last home outing before that, he threw seven scoreless innings to get the win against the Reds.

Marquez has been a different pitcher at home, and the Rockies are a different team at home. Colorado is 19-14 at Coors Field but just 4-22 on the road. So their overall record is a little deceiving when trying to judge this matchup with Oakland.

A’s Going for the Sweep

Oakland has won four straight, has taken the first two games of this three-game set, and counters with pitcher James Kaprielian, a rookie who has to lose a game in his young career. Although his last time out, at Seattle, he failed to make it past the fourth inning, giving up four earned runs.

The first place A’s have adjusted nicely to not having a DH on the road in a National League park, rapping out 12 hits in Friday’s win and another 12 on Saturday. They’ve also hit four home runs in the first two games of the series (two in each game) and have improved their road record to 18-8 on the season.

Who wins the A’s vs. Rockies game today:

Even though the Rockies are an above .500 team at home and have Marquez on the mound, it’s hard to ignore the hot play of the A’s. They’re tied for the second-best record in the American League, and their .692 winning percentage on the road is the best in all of baseball.

You can’t bet against Oakland in this one, especially since they are paying as the underdog. Expect the A’s to get their 36th win of the season this afternoon and complete the three-game sweep of the Rockies in a somewhat low-scoring game.