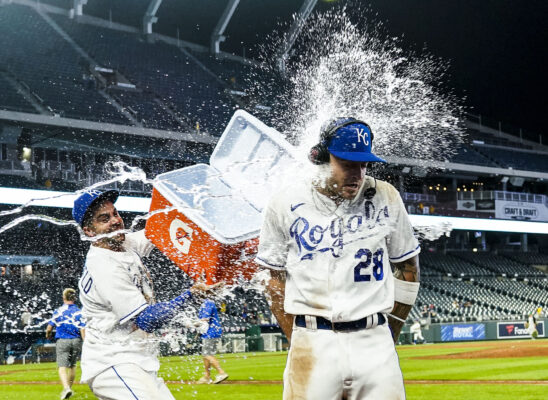 Stick a fork in them? For all intents and purposes, the Oakland Athletics are still right in the mix of a wild card berth at just 3.5 games back, but they are just 3-7 over their last 10 at the most crucial point of the season. The A’s dropped two of three at home to last-place Texas over the weekend and were upended 10-7 in the series opener Tuesday against the Kansas City Royals as -151 favorites. It’s hard to back Oakland while paying -144 on Wednesday.

Whatever is the opposite of momentum is what Oakland has going for them over the past month. Their downhill slide started with a couple of blown 9th inning leads at home against the Giants at the end of August and hasn’t subsided, with the A’s going 7-14 since that weekend in the Bay.

For those reasons, Oakland being up 6-0 going into the bottom of the 3rd in Tuesday’s game and still losing shouldn’t come as a huge surprise – expected almost. Frankie Montas lasted just 3.1 innings on Tuesday, meaning that the already feeble bullpen is also a bit stretched. Sean Manaea (9-9, 3.79 ERA) goes in game two trying to make his third straight 7 inning outing. The A’s have lost in 5 of Manea’s last 7 starts though.

It’s hard to blame the A’s offense for Tuesday’s loss, they plated runs in each of the first three innings and drew six walks while also striking out just six times. That was with KC essentially doing a bullpen day though, with Jackson Kowar lasting just an inning and Mike Matheny using six relievers to finish off the win.

For as in shambles the Oakland bullpen is, Kansas City finds themselves in the same spot heading into Wednesday night’s game after burning through their relievers in game one. Mike Minor (8-12, 5.05 ERA) could come in and save the day but the Royals have lost in the left-hander’s last 7 starts.

It’s not all Minor’s fault that KC is in a slump when he takes the mound. Minor allowed 0 ER over 6.0 IP in his last start and the Royals still lost 9-8 to the Orioles thanks to the bullpen giving up 9 runs in the 8th inning to Baltimore of all teams. Minor pretty much has the same splits whether he’s at home or away, meaning he’s going to give up about 3-4 runs on Wednesday night. The big question is how much run support he gets.

Give KC credit where it’s due, they battled back on Tuesday scoring 3 runs in the 3rd, adding 4 in the 6th, and icing the win with 2 in the 7th. Whit Merrifield and Nicky Lopez went 6 for 10 from the 1-2 spots in the order, and Salvador Perez continued his MVP-worthy season with 4 RBI including a 3-run blast. There are a lot of things to like about this Royals offense right now.

Manaea doesn’t give the A’s the edge you’d expect on the mound Wednesday, as Oakland has lost 4 of his last 5 starts. That pales in comparison to KC dropping 7 straight Mike Minor starts though. Ultimately this game comes down to who wants it less, and Oakland has more than stepped up in that category lately.