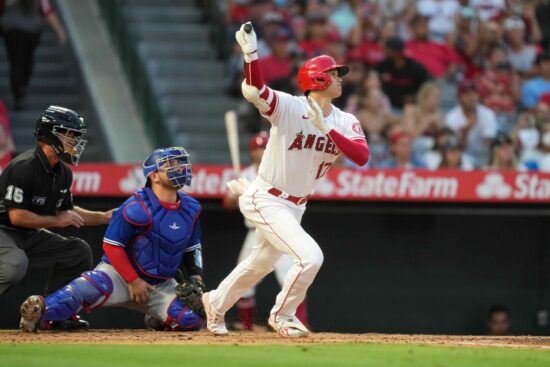 This season has not gone the way that the Toronto Blue Jays or Los Angeles Angels had hoped, with both teams sitting in fourth place in their divisions. But the season is not over yet, and both teams still have time to charge ahead in the standings. On Thursday, the Blue Jays and Angels wrap up a four-game set, as the Angels send their All-Star pitcher and hitter to the mound.

So far in this series, the Toronto Blue Jays have completely stifled the offense of the Los Angeles Angels. Toronto has allowed just five runs through the first three games of this series, which has allowed the Blue Jays to win two of the first three games of this series. In the final game of the four-game set, the Blue Jays will look to replicate their recent pitching performances to give the offense some margin for error against Shohei Ohtani.

Jose Berrios will take the mound for the Blue Jays in this game, entering this contest with an 8-5 record and a 3.23 ERA. Barrios is inferior to Ohtani statistically but has put together a strong season and should be able to keep the Angels at bay to some extent. If he does, the superior bats for Toronto could be the difference in the ballgame.

Angels Look to Their Ace

With Mike Trout out for much of this season, Shohei Ohtani has been asked to do entirely too much to keep the Los Angeles Angels respectable this year. But he has done everything they have asked and more, playing All-Star caliber baseball both offensively and on the mound. Tonight, Ohtani will be asked to shut down a potent Blue Jays lineup in an attempt to help the Angels salvage a split against Toronto at home.

For Ohtani, keeping the ball in the park is going to be the key to this game, as the Blue Jays have several hitters capable of going yard at a moment’s notice. Ohtani has allowed just seven home runs on the season but hasn’t faced many lineups as dangerous as this one the Blue Jays have assembled. He will have to be sharp throughout to avoid letting the Blue Jays up his home run total for the year.

The pitching matchup in this game is evenly matched, with Ohtani giving Los Angeles a slight edge in that department. While the bats of the Blue Jays are scarier than those of the Angels, this is a great spot to take a home underdog at plus money. Expect a brilliant showing from Shohei Ohtani and for the Angels to keep the Blue Jays in fourth place in the AL East when this game is in the books.