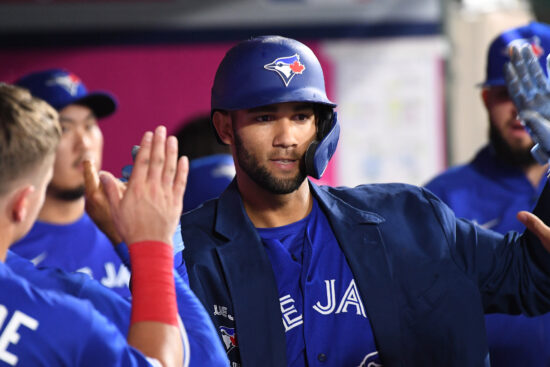 Two teams in the hunt for a wild card spot meet up when the Toronto Blue Jays and Seattle Mariners meet up for a weekend series. Toronto is just 2.5 back from the Red Sox for the second spot with the Yankees to jump. Seattle sits 4.5 back, but can greatly help their position with a solid showing over the next three games.

The Blue Jays come into Friday night’s matchup off a loss, but one thing they’ve done well over the past month is avoiding consecutive defeats. Toronto is 12-4 in their last 16 games, winning their last five following a loss.

Toronto was held to 3 hits over 6.0 IP by Shohei Ohtani in a 6-3 loss which prevented the Blue Jays from taking three straight in Anaheim. The Blue Jays have scored 9+ runs three times in the past week, so the offense has a great chance for a bounce-back on Friday. If so that will likely be fueled by leadoff hitter George Springer, who has 3 HR over the past week although his average has dipped to .200 over that span.

Robbie Ray (9-5, 2.90 ERA) takes the bump for the Blue Jays which is a good thing since Seattle has lost 6 straight vs. LH starters. Ray is in the zone, holding opponents scoreless in three of his past five starts posting a 2.12 ERA over that span. That’s a big reason Toronto is a -170 favorite here.

Seattle Trying to Stay in the Hunt

The Mariners definitely have work to do, having to jump the Red Sox, Yankees, and Blue Jays to nab the 2nd wild card spot. The Mariners have taken 2 of 3 against Texas since returning home from a 10-game road swing, but have a tough test vs. Ray on Friday.

Seattle has had some moderate success as a team vs. Ray, going a combined 15-47 (.319) vs. the left-hander. Ty France is 5-10 with 2 HRs vs. Ray, while Mitch Haniger and Abraham Toro are a combined 5-6 with 2 HR. Could Ray be in trouble here even though the Mariners have dropped six in a row to Southpaws?

Seattle has had some success against Ray in the past, but the left-hander is dialed in right now. Toronto simply doesn’t lose consecutive games and has the offense to blow this one open.