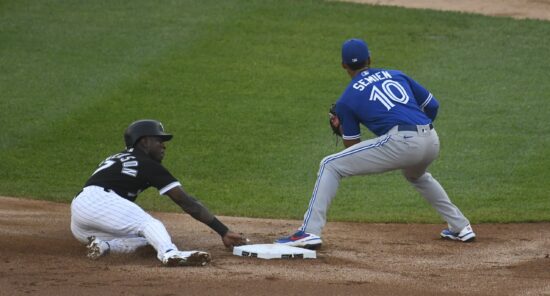 The Chicago White Sox have pushed their lead in the American League Central to four games after taking the first game of the three-game series with the Toronto Blue Jays. The Blue Jays are just 5-5 in their last 10 games and are hovering around the .500 mark.

The Toronto Blue Jays come into play Wednesday with a record of 30-28, seven games behind the American League East-leading Tampa Bay Rays. The Blue Jays have lost two games in a row and are coming off a series where they lost two of three from the Houston Astros. The Blue Jays’ struggles have not come because of hitting.

Toronto will send right-hander Alex Manoah to the mound to make his third big league start. Manoah went 3.1 innings in his last start and allowed four runs on four hits. He struck out five and walked three.

The Chicago White Sox come into play with a record of 37-23. They lead the American League Central by four games over the Cleveland Indians. The White Sox have won two games in a row and are 7-3 in their last 10 games. Chicago is fourth in the American League in hitting with a team batting average of .255.

The White Sox lineup features first baseman Jose Abreu, who has hit 11 home runs and is third in the American League with 46 RBI. The White Sox earn their stripes on the mound, with an American League-leading 3.21 team ERA. On Wednesday, they will send right-hander Lance Lynn to the mound.

Lynn is in the American League Cy Young discussion with a record of 7-1 with an ERA of 1.23. He has struck out 63 hitters and walked 17. In his last outing, Lynn went six innings and allowed one run on four hits. He struck out six and walked two in a 4-1 Chicago victory.

Both of these teams are very talented offensively. The difference, however, is on the mound, and the Blue Jays don’t come close to matching the White Sox pitching. They are sending a rookie out on the road to face the league’s fourth-best hitting team, while Chicago is rolling a Cy Young contender. Lynn will be the difference-maker in this one, and the White Sox should win rather easily to take the series.