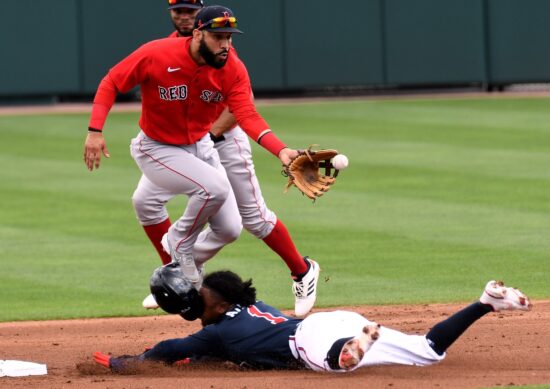 The Atlanta Braves will be in Boston on Tuesday night to begin a series against the Red Sox in what should be a great matchup. Both of these teams feature terrific offenses, but the pitching matchup in the series opener will be great as well.

The Braves come into this series having won three straight games, but they are still just 23-24 on the year. Atlanta sits in third place in the NL East but is still in the race.

Boston has won four of its last five games, but they are now in second place in the AL East. The Red Sox are 29-19 on the year but were just passed by the surging Tampa Bay Rays.

Pitching has been a problem for Atlanta this season as they have a team ERA of 4.26. The Braves are facing one of the best offenses in baseball this week, and that could spell trouble.

Charlie Morton makes the start on Tuesday night, and he has gone just 2-2 with a 4.60, but the Braves have plenty of confidence in the veteran. Morton is good enough to shut down any lineup.

Ronald Acuna Jr. leads the Braves with 15 home runs and 31 RBIs, and he looks like the MVP of the National League this season. Atlanta can put up runs in bunches, and that will be a key in this series.

Boston Has the Bats

The Boston Red Sox lead MLB with 249 runs scored this season, and their .268 team batting average is the second-best mark. Boston is going to put up some runs, but at some point, this team will start to slow down a bit.

Rafael Devers leads the way with 13 home runs and 38 RBIs, and he has allowed the Red Sox to turn into a terrific offense. DH J.D. Martinez is always capable of having a big day, and he will have the attention of Atlanta this week.

Garrett Richards is on the mound for Boston in the series opener, and he is 4-2 with a

Even though the Red Sox have a better record than the Braves, Atlanta should be the better team by the end of the year. This lineup is loaded with talent for the Braves, and they are going to break through eventually.

This game will be tight throughout but look for Atlanta to get a couple of clutch hits to pick up an impressive win on the road.

Atlanta will head into Boston and knock off the Red Sox in the series opener on Tuesday.