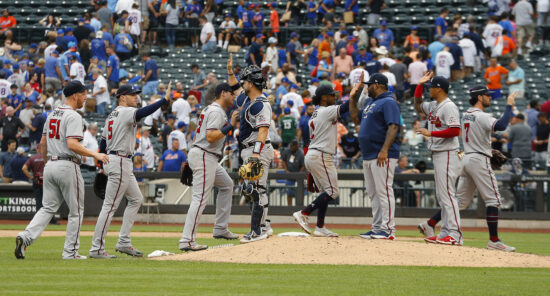 The Atlanta Braves still can’t put a win streak together, alternating victories and losses over their last 14 games. That gives the Milwaukee Brewers some value at -133 on Friday night considering the Braves come in off a 6-3 win over the Mets on Thursday. Atlanta is +123 coming home after a 9-game road stretch.

Milwaukee looks like a solid play with Colin Burnes taking the bump on Friday night. The all-star has a 2.12 ERA on the season and has allowed an earned run or less in five straight starts. That also gives good value on the under in Friday night’s run total, as it’s set at just 8.5.

The Brewers will be without Christian Yelich for the 4th straight game as he deals with the repercussions of a positive COVID test. That being said Milwaukee tallied a three-game sweep over the Pirates without Yelich, plating 28 runs over that span. Rowdy Tellez has picked up the offensive slack with 4 HR and a .476 average over his last 5 games.

Craig Counsell’s team could also get some offensive reinforcements if Eduardo Escobar makes his team debut. The versatile infielder was acquired from Arizona, and should be invigorated after going to a contender from the lowly Diamondbacks. Escobar has 22 HRs on the season with not a lot of protection in the ARZ lineup.

Can Atlanta Get a Win Streak Going?

The Braves haven’t won consecutive games since July 9th-10th in Miami, and haven’t put together multiple wins at home since the 1st of the month. It’s hard to see that trend changing after Atlanta returns home for the 1st time since a 9-game road trip in which they went 5-4. The Braves are just 26-25 at Truist Park on the year, while Milwaukee is 31-18 on the road the season.

While Tellez is on fire for Milwaukee, Atlanta has their own red hot batter in Austin Riley. The third baseman has 3 HR and 7 RBI over the past two games, and has 11 hits in his last 6 contests. Abraham Almonte has also added 3 HR over the past week, and Atlanta has actually gone 7-13 (.538) as a team vs. Burnes.

Touki Toussaint goes for the Braves largely an unknown on the season. The right-hander is making just his third start of the season after coming back from a shoulder injury but has been solid with 2 ER allowed over 13.2 IP in two outings so far.

Who win will tonight’s MLB Game:

Betting on alternating wins and losses for Atlanta has been very profitable over the past couple weeks, so why go against it here – especially with Burnes on the bump.