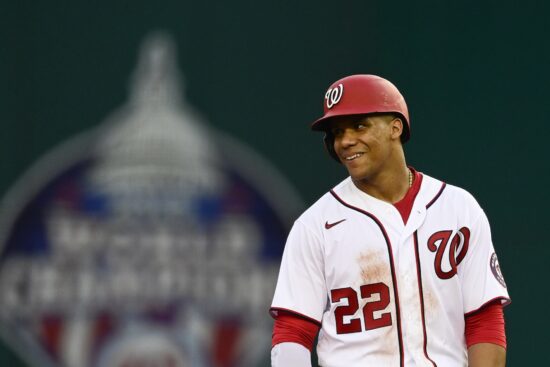 This will actually be a split doubleheader after Friday’s opener was postponed due to weather. While the make-up game will be in the afternoon, the regularly scheduled game will be at 7:15 pm ET from Nationals Park.

The Nationals did not fare as well in their last series as they dropped two of three to the Cincinnati Reds. On Thursday, they lost three to zero to the Reds. In the loss, Washington only managed two hits.

In the regularly scheduled nightcap, the Brewers will send lefty Brett Anderson (2-3, 4.34 ERA) to the mound. Anderson left his last game early after feeling ill. Prior to this, he had pitched five innings and allowed just two runs.

As of late Friday evening, the Nationals had not announced their starters for either game of the split doubleheader.

Defensively, these two are neck-and-neck. The Brewers rank 14th allowing opponents 4.20 runs per game. The Nationals come in one spot behind them at 15th, allowing 4.26 runs per game.

Through their first 50 games, the Milwaukee Brewers have been better on the road (13-11) than they have been at home (12-14). On Saturday, they will look to keep up that road success as they travel to Nationals Park.

Leading the way offensively for the Brewers has been outfielder Avisail Garcia. On the season, he is hitting .252/.324/.439 with a team-leading eight home runs and 24 runs scored. He also has 25 runs batted in on the year.

Since being traded to the Brewers, shortstop Willy Adames has been off to a great start. After struggling with the Rays, he is hitting .350/.458/.550 with a home run and six runs batted in over his last six games.

Nationals Trying To Climb Out Of Cellar

At 21-25, the Washington Nationals currently find themselves in last place in the N.L. East. Still, with no team truly taking control of the division, they are only four games out of the top spot and will look to get on track starting Saturday.

One player to keep an eye on in this one is Josh Bell. In his career against Brett Anderson, he is hitting .429 with a home run and four runs batted in through seven at-bats.

Obviously, this comes with the caveat that it is important to keep an eye on who the Nationals decide to pitch in the second game. Still, Brett Anderson is coming off of a solid outing prior to feeling ill and seems like the safer bet in this one. Take the Brewers to win the second game of the doubleheader.