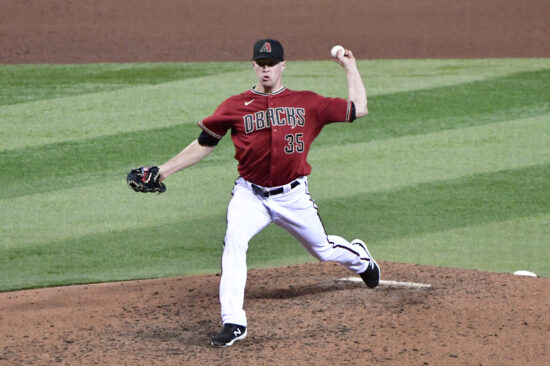 The St. Louis Cardinals were able to stop a three-game skid with a 4-0 win over the White Sox on Wednesday. STL is losing their grip on the NL Central lead though, now just a ½ game up on the Cubs. The Arizona Diamondbacks on the other hand have lost their hold on the entire season, losers of 10 straight. Even so, oddsmakers have both teams priced at -110, could that be a Cardinals trap?

Why No Love for St. Louis?

The Cardinals haven’t looked the best lately, dropping 4 of 6 over the last week to the two Chicago teams. Even so, nobody in the entire MLB has been as bad as Arizona recently, and the D’Backs’ 18 wins are tied with Pittburgh for fewest in the league.

St. Louis would seem to have great value at -110 in this spot, especially coming off an impressive 4-0 win over the White Sox. Make no mistake, the Cardinals offense struggled vs. Chicago starter Carlos Rodon on Wednesday managing just 1 hit over 6.0 IP, but they did get to the Sox bullpen for 3 ER.

The Cardinals offense has been held to 2 runs or less in 3 of the last 5, so another strong start from Carlos Martinez (3-4, 4.18 ERA) is imperative for St. Louis in this one. The right-hander did his part in allowing 2 ER over 6.0 IP to the Cubs in his last outing, but the STL bullpen imploded in a 12-3 loss.

Arizona has stumbled their way to 10 straight losses, 9 of which came against NL West foes. This current stretch has dropped the Diamondbacks to 14 GB in a division that includes the Dodgers and Padres, so there’s not a ton of motivation moving forward for Arizona – and it’s only the end of May.

The Arizona offense doesn’t have a ton of experience against Martinez, going 7-42 (.167) as a team vs. the St. Louis starter. Eduardo Escobar is one of the few bright spots on this Diamondbacks team, with 5 HR over the last two weeks. You need about five players performing like that with how bad the Arizona pitching has been as of late.

The run total for Thursday’s tilt is 9.5, a number that still seems low with the Diamondbacks’ #27 ERA pitching staff and #28 in WHIP. Arizona has allowed 31 runs over the last five games, and don’t know what to expect when Matt Peacock (1-1, 4.91 ERA) takes the mound in this series opener. Peacock has been pitching out of the bullpen most of the year, and the rookie will be making just his 3rd start of the season in this spot.

There’s really no way you can take St. Louis here, as a -110 toss-up vs. a team with a 10-game losing streak has red flag written all over it. Nobody should pay -110 for Arizona either though, for when you back a 10-game losing streak to stop it should payout at least +150. Martinez and Peacock can both have strong starts, but these bullpens will push this game over.