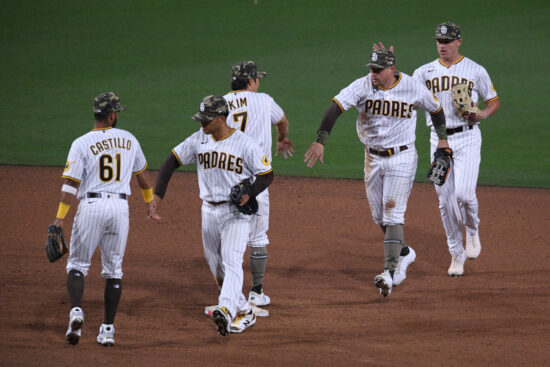 The San Diego Padres search for a second straight win over the St. Louis Cardinals when the two teams continue their series at Petco Park on Saturday night. SD took the opener 5-4 as -175 favorites, despite being outhit 10-4 by the Cardinals. The Padres are -135 favorites in game two, in what should be a pitcher’s duel with a run total of just 7.

The Cardinals play their 5th in a six game road swing on Saturday night, which had been successful after taking two of three in Milwaukee. St. Louis will try to even up the series with the Padres and build upon what is a good road record so far in 2021 as the Cards’ are 11-8 away from Busch Stadium.

The bats were rolling in Friday’s contest with the Padres as St. Louis belted out 10 hits, but 3 runs scored in the 8th and 9th inning still weren’t enough to pick up the win. Nolan Arenado had a big night going 3-5 with a 2B and a HR, but St. Louis still fell just short. Tyler O’Neill has 3 HRs over the last 5 games for St. Louis.

It’s Adam Wainwright’s (2-3, 3.80 ERA) turn up in the rotation for St. Louis. The right-hander dazzled last time out, going 8.1 IP while allowing just 3 hits in a 2-0 win over the Rockies. It was a bounce back performance for the veteran, who allowed 5ER to the Mets the outing before.

San Diego’s win coupled with a San Francisco loss has narrowed the Giants lead to 1.5 games in the West. The Padres Joe Musgrove tossed 5.0 IP of 1 ER ball in Friday’s win, but the San Diego bullpen had their share of issues in giving up 3 ER late. A win is a win though, and Mark Melancon was able to pick up his 12th save of the season.

The Padres will hope for a longer outing from Chris Paddack (1-3, 4.78 ERA) who threw 3.0 IP of shutout ball last Sunday in an 11-1 win over the Giants. It was the right-handers first start since April 27th as he spent time on the injured list with an undisclosed ailment. Paddack has allowed 2ER or less in 4 of his 6 starts this season.

The young Padres lineup doesn’t have much experience against the veteran Wainwright, going just 4-18 (.222) as a team. Both of Manny Machado’s hits against Wainwright have gone for extra bases, but he’s also struck out 3 times in 8 AB. Arenado should stay hot against Paddack, as he’s 4-6 (.667) in his career vs. the Cardinals starter.

Can St. Louis even up the series here? One would think they have a great chance while sending Wainwright to the mound, and San Diego likely going to the bullpen on the earlier side if Paddack remains on a pitch count.