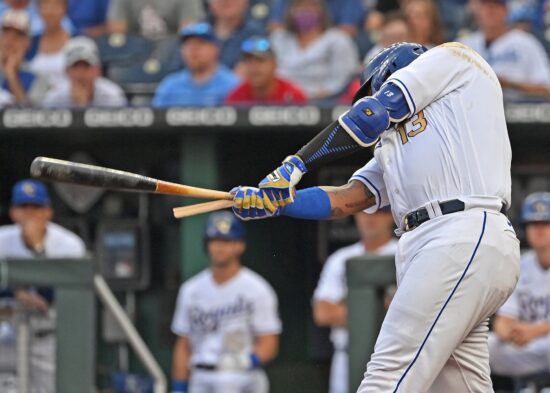 The battle for Missouri rages on Saturday when the St. Louis Cardinals and Kansas City Royals face off for the second time in their weekend series. St. Louis won the series opener, getting a shutout from their pitching staff in the process. In the second game of the series, the Royals will look for their bats to wake up in order to create a more competitive affair in the second contest.

The St. Louis Cardinals may be only three games above .500, but they are playing extremely well over the last week or so. St. Louis has won six of its last seven games, including three out of four against the Royals over that time frame. Here, the Cardinals look to extend a four-game win streak and make it seven out of eight games resulting in victory.

For the Cardinals, it has been their pitching that has made them so hard to beat over the last seven games. During that stretch, St. Louis’ pitching staff has allowed two or fewer runs five times. That has allowed their offense to operate without much pressure, knowing that just a few runs has been enough to get the job done lately.

This is clearly a lost season for the Kansas City Royals, as they find themselves in last place in the American League Central, 18 games back of the first-place White Sox. But the Royals are still searching for anything they can use to build toward the future, and a decent showing against the Cardinals would be something they could take into next season and beyond. Fortunately for the Royals, they have a chance to face a very hittable starting pitcher on Saturday.

Jon Lester is the starting pitcher for the Cardinals, and he has had a rough season, to say the least. Lester has a 5.57 ERA heading into this contest for the Cardinals and has allowed 16 home runs. The Royals should get some hittable pitches thanks to Lester’s inability to consistently get batters out this year, which could mean a positive result.

The Royals are a tough team to justify backing this season, thanks to all of the issues they have had this year, both offensively and defensively. But they are a good bet on Saturday, as they should be able to get to Lester and counter the Cardinals offense in the process. Expect a high-scoring game, but a high-scoring game that the Royals should win as Lester’s struggles will continue in 2021.