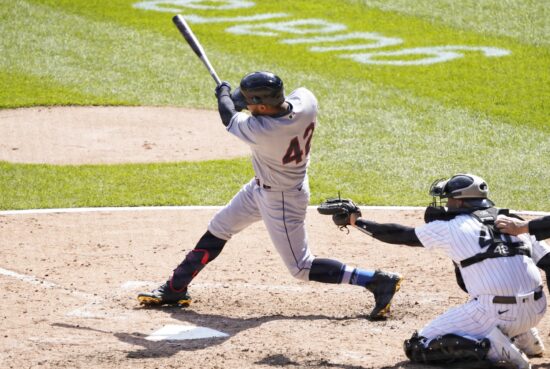 The Chicago White Sox are on a roll, winners of two straight and 8 of their last 10. They still find themselves as +120 underdogs on Friday however up against the Cleveland Indians and reigning Cy Young award winner Shane Bieber. There’s definitely value on the Sox at home, but Bieber and the Indians at -140 doesn’t look bad either.

Indians Roll Behind Their Ace?

Cleveland is a hard team to gauge this season. At 11-12 the Tribe are 4GB from the Royals in the AL Central, but have also lost 5 of their last 8. The Indians are just 4-6 on the road this season, and come in off a 10-2 loss to the Twins on Wednesday.

Of course there are reasons to like Cleveland on Friday night, mainly Bieber (2-2, 2.48 ERA) taking the mound. The right-hander ‘only’ struck out 9 Yankees batters last time out, the first time this season he’s been held under double digit K’s. Bieber has 57 K’s on the season, just 2 behind Jacob deGrom for the MLB lead.

Bieber made two starts vs. the White Sox last season, giving up 3ER over 6.0 IP on August 9th but then throwing 6.0 IP of shutout ball with 10 K’s on September 23rd. The Indians won both of those games, as well as a 2-0 decision earlier this month when Bieber allowed 3 hits over 9.0 IP while striking out 11.

The White Sox were baffled by Bieber in their 2-0 loss on April 13th, also at Guaranteed Rate Field. Odsmakers are expecting another low scoring game with a run total of just 6.5, but Jose Abreu is 8-23 (.348) with 3HR off of the Indians starter. Yoan Moncada struck out three times vs. Bieber earlier this year, but has hit 2HR in 23 AB vs. the Cy Young winner.

Chicago might just be transcending pitching matchups right now, as they’ve won 8 of their last 10 games. That includes an 11-0 win over Detroit on Thursday as Chicago belted out 15 hits. Moncada, Yerwin Mercedes, and Nick Madrigal all have an OBP better than .450 over the past week.

For as much hype as Bieber gets in this matchup, don’t forget about Chicago starter Dallas Keuchel (1-0, 4.32 ERA). Cleveland has lost 5 of their last 6 against a LH starter, which includes a 4-3 defeat to the Sox in a Keuchel start on April 12th. The Chicago starter threw 6.0 IP of shutout ball his last time out, and gave up just 1 ER over 6.0 IP in his lone start vs. Cleveland last season.

The way both of these starters have pitched this season, it’s looking like this one gets turned over to the bullpens. That could make the side go either way, but it will still result in a low scoring game.