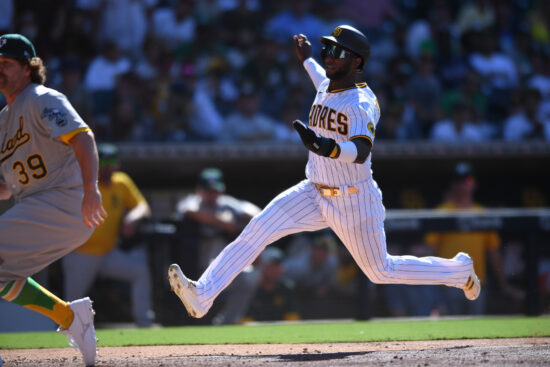 The Colorado Rockies and San Diego Padres get set to kick off a 4-game series beginning Friday night at Petco Park. Colorado has won 5 of the last 6 head to head meetings between the two squads, but oddsmakers aren’t giving the Rockies much of a chance in this one, listing the as +235 underdogs. San Diego is a bit pricey as whopping -270 favorites.

Colorado is officially the worst road team in the majors, posting an 11-38 record away from Coors Field. The Rockies did take two of three in their last visit to Petco Park July 9th -11th but are 2-4 through six games of their current 10-game away swing.

Rockies bats have looked good the last two games, plating 19 runs even though the team went just 1-1 in those matchups with the Angels. Colorado belted out 16 hits in Tuesday’s 12-3 win over LAA, but fell 8-7 on Wednesday.

Kyle Freeland hopes to give Colorado a little better pitching performance than they saw in Wednesday’s loss to the Angels. The left-hander is just 1-5 with a 4.85 ERA on the year, which actually isn’t horrible when pitching home games at Coors Field. That being said, Freeland actually has a worse ERA on the road (5.10 to 4.56) and has allowed 8 ER in 8.2 IP over two starts vs. San Diego this season (8.31 ERA).

San Diego is shooting for a sweep or at least taking 3 out of 4 from the worst road team in the majors this weekend. The Padres have a 5.5 game deficit behind the Giants in the West, but do have a comfortable hold on the second wild-card spot with a 5 game lead over the Reds.

It could be a big night for Padres bats even though the run total on this one is just 8.5 runs. San Diego plated 5 ER over just 3.2 IP from Freeland at Coors Field last month and scored 3 over 5.0 IP at Petco on July 9th. Fernando Tatis, Jr. is 5-15 with 3 XB hits vs. the Rockies starter while Manny Machado has gone 8-23 vs. Freeland.

Joe Musgrove takes the ball for San Diego looking for some consistency. He has allowed 4+ runs in three of his last five starts but did hold Colorado to just 1 ER over 4.1 IP on July 10th. Musgrove may feel a little more calmness after the Padres traded for Adam Frazier, his longtime friend, and former teammate on the Pittsburgh Pirates.

The price is just too high on San Diego in this one, but we’ve got a couple of offenses that can really smack the ball around as well as two pitchers who haven’t been able to find consistency.