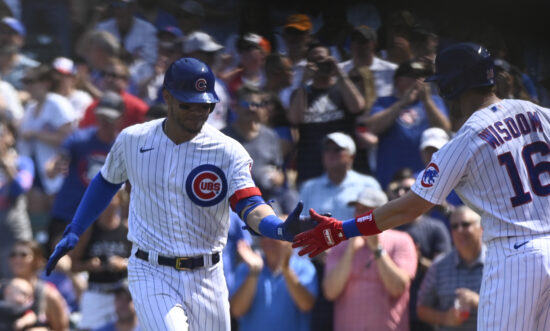 A couple of teams that have shown to be sellers at the trade deadline meet up Friday night in D.C. The Chicago Cubs have already shipped out Anthony Rizzo to the Yankees as of Thursday night and are expected to make more moves before this matchup. Max Scherzer, Trea Turner, and Kyle Schwarber are gone from the Nationals, making this game very much a toss-up.

Who Will Be Left for Chicago?

There’s a really good chance Kris Bryant, Craig Kimbrel, and/or Javy Baez are among the players Chicago will be missing by the time the team takes the field at Nationals Park. Oddsmakers are late to release the line for this contest as Washington has yet to name a starting pitcher.

So who will still be around for Chicago? Willson Contreras has 3 HR over his past 5 games, Rafael Ortega has a hit in 6 of his last 8, and Patrick Wisdom is 4 for his last 7. Chicago comes in on a 3-game losing streak though and were just 3-4 on their recent 7-game home stand. The Cubs are 19-33 on the road this season.

Trevor Williams is the certain starter for Chicago, coming off a solid start at home where he didn’t give up a run over 6.1 IP vs. the Diamondbacks. Williams allowed 4 ER over 5.0 IP in his last road start however, and has a 7.88 ERA in 6 outings away from Wrigley Field this season.

Nationals a Team to Fade Here on Out?

Turner, Schwarber, and Scherzer are among those gone from the Washington clubhouse, with Josh Harrison and Josh Bell possibly on the way out before Friday night’s contest as well. This is now 100% Juan Soto’s team moving forward (not that it already wasn’t) and the outfielder is red hot going 5 for his last 9.

Washington comes into this game a very deflated team, not just because they’ve officially given up on the season but also because they failed to hold on to a 7-0 lead against Philadelphia on Thursday. The Nationals ended up falling 11-7 to the Phillies in the second game of a doubleheader, costing them a shot at a 3-game win streak.

The Nats’ are ‘only’ 7.5 games out of 1st in the NL East but are 11.5 out of the wild card with 5 teams to jump trying to catch the Padres and Dodgers. Basically, the future starts now for both teams in Friday night’s contest.

This is a tough game to handicap early simply because we probably won’t have a line available until after the trade deadline. The Cubs are bad on the road though and will be very deflated taking the clubhouse without Rizzo (and possibly Bryant and others) for the first time in 10 seasons.