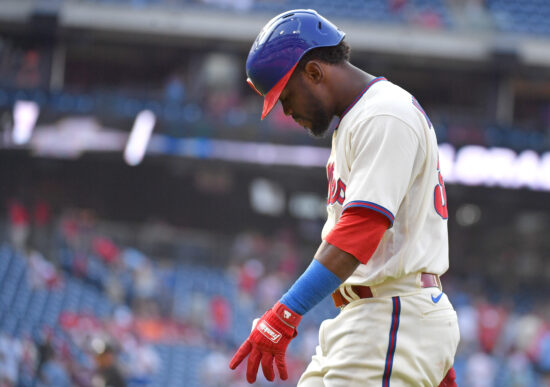 The NL wild-card race has really come down to a case of who wants it less. The Reds have lost two in a row and the Padres four straight which has allowed the Philadelphia Phillies to stay in the hunt (2.5 GB) despite going 3-7 over their last 10. Philly has a great opportunity to rise up those ranks as the Chicago Cubs come to town. Chicago was swept at home over the weekend by the Giants while giving up 27 runs in three games.

Cubs Haven’t Traveled in a Bit

Chicago has had five road games since August 20th, and those weren’t exactly long trips going 20 minutes to the South Side to face the White Sox and another two games at Minnesota. This looks like a Cubs squad that may have gotten really complacent with 16 of their last 21 games at home and could be in for a rude awakening on Tuesday night as +175 underdogs.

One of the big things working against the Cubs for this road trip is that they are basically just a two-man show on offense. Frank Schwindel went 6 for 12 over the weekend against the Giants while Ian Happ has a HR in four of the last six games. Expect David Ross to try and get Robinson Chirinos in the lineup on Tuesday as he’s 4 for 6 (.667) in his career vs. Kyle Gibson but that also means you’re losing one of your better bats/defenders in Willson Contreras.

Adrian Sampson (0-2, 2.20 ERA) is once again in the starting role for the Cubs making his 7th appearance of the season. The right-hander has split time starting and coming out of the bullpen, giving up 3 ER in 9 IP in his two starts. Jean Segura is the only Phillies batter to have ever faced Sampson, and he’s gone 2 for 3.

Phillies Got to Have It

Philadelphia is 2.5 down from the Reds for the 2nd wild card spot, but they also have the Cardinals and Padres to jump. There’s only three weeks left in the season which makes a Phillies win on Tuesday mandatory over a Cubs team traveling for the first time in a couple of weeks.

The Phillies are at home where they are 40-31 on the year, but they also just lost 3 of 4 at Citizens Bank Park to the Rockies who are the 3rd worst away team in baseball. Philadelphia is a huge -200 favorite on Tuesday, but that’s not a bad price to pay when you’ve got Bryce Harper continuing to rake to the tune of 4 HR and a .600 OBP over the past six games.

The Phillies would seem to have the pitching edge in this contest as Kyle Gibson (10-6, 3.38 ERA) goes against a guy making just his 3rd start of the season. The right-hander has allowed at least 3 runs in 4 of his last 6 starts though, including 6 to the Dodgers on August 11th and 8 to the Marlins on September 3rd.

If the Phillies are priced in the -130 to -150 range maybe we’re talking here, but -200 is absolutely absurd. Philadelphia is in the hunt for the playoffs and needs this game more, but are still just 3-7 over the last 10. Sampson is a big question mark on the bump for the Cubs, but he’s also been kind of decent this year so far.