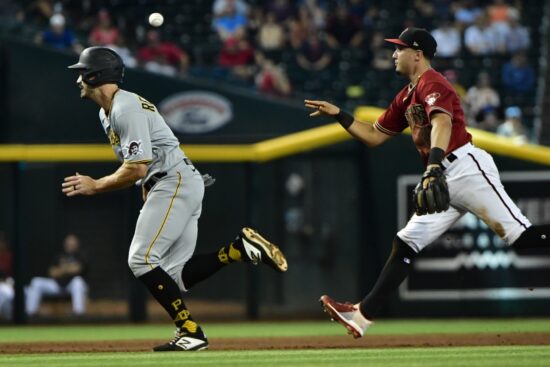 Just because both of these teams have nothing to play for this season, the fact that they are both out of it could make this game a lot of fun to watch, and I know I’ll be tuning in. The Diamondbacks are throwing out right-hander Humberto Mejia, who is making his 2021 season debut. Mejia will be battling against the Pirates right-hander Will Crowe, making his 19th start of the season

The Pittsburgh Pirates are perennial bottom dwellers in the National League, only posting two seasons over .500 since 2015, and no postseason appearances since 2015. In the three previous games against Arizona this season, the Pirates have lost all three and have been outscored 21-12.

Wil Crowe looks to change that tonight, giving the Pirates their first win over the Diamondbacks this season. This season Crowe has posted a 3-7 record with a 5.23 ERA and 79 strikeouts over 84.1 innings pitched. Crowe has been struggling as of late, not making it through the 5th inning in the past three games, really putting a toll on the Pirates bullpen. Through the bad, Crowe does rank third on the team in strikeouts, and innings pitched.

Through the rough season for the Pirates, their center fielders Bryan Reynolds has been outstanding, posting career-high numbers. Reynolds leads the team in home runs (21), runs batted in (72), games played (120), hits (132), doubles (28), and runs scored (70). I would look for Reynolds to have a big night, recording at least three hits tonight, against the Diamondbacks starter making his season debut.

The Diamondbacks are 7-3 in their last 10 games, though it doesn’t truly matter, since they are an insurmountable 38.5 games out of first place. Tonight, the Diamondbacks starter Humberto Mejia is making his season debut and only his fourth career Major League start. This season Mejia has pitched in both Double-A Amarillo, and Triple-A Reno. In six Double-A starts, Mejia posted an 0-4 record with a. 4.22 ERA over 32 innings pitched. In Triple-A Majia fared a bit better posing a 5-4 record with a 5.93 ERA over 54.2 innings pitched. The inflated ERA isn’t quite fair to look at, since the Pacific Coast ballparks in the Triple-A level are completely in favor of hitters.

The big bopper for the Diamondbacks has put up very similar numbers to the pirates Bryan Reynolds. Eduardo Escobar leads the Diamondbacks this season in home runs (22), runs batted in (65), slugging percentage (.478), and total bases (177). Pavings Smith is another name to look out for when the Diamondbacks take the field, with his 22 doubles, and his slash line of .270/.325/.407. In their recent hot streak, not one player has stood out over the others for the Diamondbacks. It has been a team effort with seemingly everyone contributing to the 7-3 record in the past 10 games.

Who Will Win Tonight’s MLB Game?

With a 3-0 record against the Pirates this season, and the teams trending in seemingly opposite directions, it feels to me that the Diamondbacks are going to load up on Crowe tonight and give Mejia not only his first win of the season, but the first win of his Major League career.