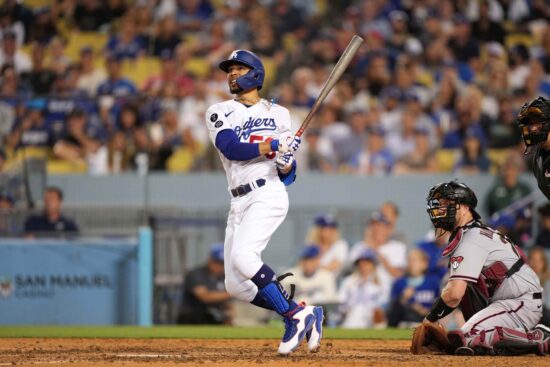 The Los Angeles Dodgers and the San Francisco Giants will do battle on Tuesday night in the battle of South and North California. The rivalry has been renewed in 2021 after a few years of the Giants being mediocre, and now both teams are back to being World Series contenders. The Giants currently lead the NL West with a record of 62-37, while the Dodgers are two games back of them at 61-40. Los Angeles currently holds the first Wild Card spot in the National League and would host San Diego in a one-game playoff if the postseason started today.

In his last start, 24-year-old Julio Urias pitched seven innings of three hits and one run ball alongside five strikeouts. Urias currently holds an ERA of 3.63 on the season with a WHIP of 1.03. Los Angeles will heavily rely on Urias going forward with the status of Trevor Bauer’s future in a Dodgers uniform unknown.

One matchup to look out for in this one is Urias going up against catcher Buster Posey. Poser is a career .333 hitter off the Dodgers southpaw over the course of 12 at-bats.

The Giants will roll out right-hander Logan Webb, who possesses a 3.54 ERA and 1.25 WHIP in 61 innings of work. Webb lasted five innings against the Dodgers in his last appearance, giving up two runs on three hits. Dodgers utility man Chris Taylor is a career 4/10 against Webb.

Muncy and Posey Have Been Elite

It still is amazing that Max Muncy went from a fringe ballplayer on the Oakland Athletics to becoming one of the best first basemen in all of baseball. At age 30, Muncy has an insane OBP of .413, with 22 home runs and 59 RBI’s. Muncy is backed up by incredible talent in the Dodgers lineup with guys like Justin Turner, Mookie Betts, and Will Smith. If there’s been any concern, former MVP Cody Bellinger is only hitting .161/.274/.282 through 43 games.

For Gabe Kapler’s team, 34-year-old catcher Buster Posey is turning back the clock with an OPS+ of 158. Unfortunately, the Giants are a little banged up right now, with Brandon Crawford, Evan Longoria, and Brandon Belt all on the injured list. For the Dodgers, shortstop Corey Seager continues to heal up from a fractured hand that he suffered back in May.

Both teams rank about the same in terms of offense, but I like Urias over Webb on the mound. Another glaring edge for the Dodgers is they are the healthier team as well, with three key Giants players all out of the lineup. Look for Max Muncy to have a big game and for Los Angeles to come out on top Tuesday night in the Bay.