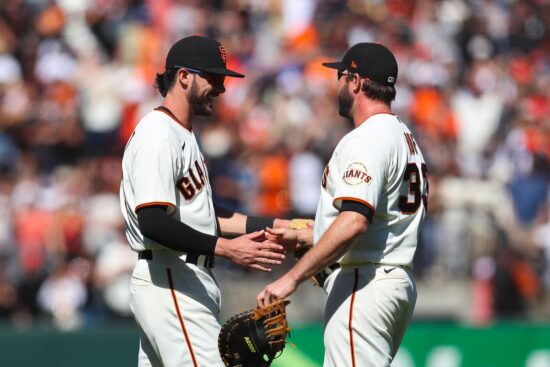 The San Francisco Giants are set to take on the Arizona Diamondbacks in a four-game series that begins tonight in Phoenix. The Giants are coming off a 5-3 home win over the Astros on Sunday, as Kris Bryant homered in his first game with San Francisco. First baseman Darin Ruf also had a big game with three hits and three RBI’s.

The Diamondbacks are coming off a 13-0 shellacking to the Dodgers, in which they were only able to muster up four hits. Arizona is now 39 games under .500 and have the worst record in baseball at 33-72.

It’s been an absolutely dreadful season for the Diamondbacks, as not only is their record horrible, but their team statistics back it up as well. Now that their best player in Eduardo Escobar is gone, Arizona will be even less competitive for the remainder of the season.

Ketel Marte is basically the only good hitter in the Dbacks lineup, as he’s slashing .370/.419/.556 in 148 plate appearances. After that, their batting order leaves less than desirable veteran hitters such as Josh Reddick and Asdrubal Cabrera, who are getting placed in the heart of the order most games.

The good thing about baseball is any team can win on any given day, but the D-backs are seriously under-matched in this one. Taylor Widener will get the start for Arizona on Monday night. The 26-year-old right-hander has a 4.42 ERA and a 1.39 WHIP in 84 innings pitched so far.

With Sunday’s win over Houston, the Giants continue to lead NL West by a three-game distance over the Dodgers but need to take advantage of a series like this against last-place Arizona.

Kris Bryant already made his mark in his first game with his new team, and shortstop Brandon Crawford is having an incredible season with an OPS+ of 144. Brandon Belt, Buster Posey, and Evan Longoria are all currently injured, but once those three get back into the lineup, watch out.

Anthony DeSclafani will take the mound for the Giants today. The 31-year-old is 10-5 on the year with an impressive 3.10 ERA, along with 113 strikeouts. DeSclafani was roughed up in his last start but went 8.2 strong innings on July 4 against Arizona, only allowing six hits and two earned runs.

If it wasn’t for the addition of Kris Bryant, I’d actually consider taking the Diamondbacks and the plus money value on the moneyline. Bryant has injected belief into Gabe Kapler’s group, however, as it was made clear following the trade deadline that they are all in this season.

It’s going to be a three-horse race all the way to the end of September to determine who wins the NL West, and San Francisco will have to win games against weak teams like Arizona if they want to clinch the division for the first time since 2012. Back the road team on Monday night.