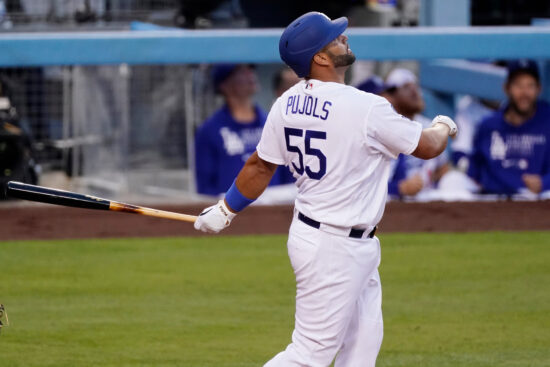 The San Francisco Giants and Los Angeles Dodgers continue their 4-game series at Chavez Ravine on Wednesday night. Both teams have grabbed a win through the first two of the series, the Giants winning 7-2 on Monday with L.A returning the favor 8-6 on Tuesday night. Despite two high-scoring games so far, Wednesday’s run total is just 8 indicating a possible pitcher’s duel.

Giants Holding On To First

Most MLB fans considered it almost inevitable that the Dodgers would eventually overtake San Francisco for 1st place in the NL West. That may still happen, but so far the Giants have ridden the tide and still maintain a 1-game lead over L.A in the division. Of course, the Dodgers closing in could give them more motivation for Wednesday night’s matchup.

San Francisco has had to go on the road to start the second half of the season, dropping 2 of 3 in St. Louis in their first series after the break. After plating just 2 runs total on Saturday and Sunday vs. the Cardinals, the Giants offense has come to life with 13 runs the past two games vs. the Dodgers. The team also hits .316 (24-76) vs. L.A starter Julio Urias (12-3, 3.78 ERA).

Few people thought the Dodgers would have to fight for the National League pennant let alone being in a dogfight in their own division. The defending World Series champs seem to be biding their time until the playoffs and are starting to gear up closing the gap to just 1 game back from the Giants in the NL West.

It looks like the L.A offense is rocking as they’ve scored 5+ runs in 4 of 5 games since the All-Star break. Granted that includes taking 2 of 3 at Coors Field over the weekend while scoring 24 runs, but this is also an offense with momentum. Max Muncy and Chris Taylor have 6 HRs total over the past 5 games and Will Smith has 10 RBI in his last 12 AB.

Ultimately Wednesday’s contest comes down to what form Urias is in. The Dodgers are battling through a Clayton Kershaw forearm injury and a Trevor Bauer suspension so Urias almost becomes the de facto ace alongside Walker Buehler. Urias gave up 4 ER over 5.2 IP in his first start after the All-Star break, but that was also at Coors Field.