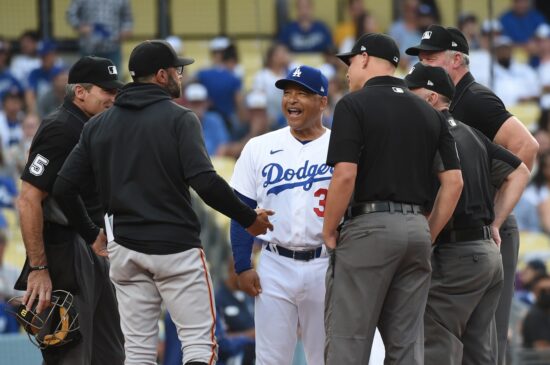 After opening their series on Monday, the Los Angeles Dodgers and San Francisco Giants play game two against one another on Tuesday night. And with both teams putting one of their top arms on the mound on Tuesday, both sides will need to take advantage of what opportunities they do get to score runs.

There is only one team in Major League Baseball with 50 wins on the season thus far, and that team is the San Francisco Giants. A big reason for their sky-high win total prior to the All-Star break has been their ability to pick up wins on the road. The Giants have won 24 games on the road this year, something that only four teams have done, with the Boston Red Sox, Tampa Bay Rays, and the Toronto Blue Jays being the other three.

To attempt to pick up another road win on Tuesday, the Giants will hope for another strong pitching performance from Kevin Gausman. Gausman is second in Major League Baseball in ERA this season with a 1.49 ERA on the year. Only Jacob DeGrom of the Mets has a better number in that department, as he will look to shut down the potent offense of the defending champions.

Heading into their two-game series against the San Francisco Giants, the Los Angeles Dodgers were 3.5 games back of the Giants for first place in the NL West. Los Angeles will aim to close the gap in the division standings with a win on Tuesday. And the Dodgers will feel confident that they can get the job done with Walker Buehler on the hill.

Buehler is 7-1 on the season for the second-place Dodgers. He is also tied for the league lead in quality starts this season, as he has amassed 13 quality starts already this year. With the Giants being third in Major League Baseball in run differential this season, the Dodgers will need Buehler to be on his game again to prevent San Francisco from building an insurmountable lead.

While this game could go either way, both pitchers in this matchup are locked in at the moment, with both scheduled starters boasting a WHIP under 1.00 on the season. While the offenses are potent on both sides, good pitching should be able to neutralize good hitting, at least until the bullpens get involved. To mitigate the risk of late-game bullpen collapses, take the under for the first five innings only.