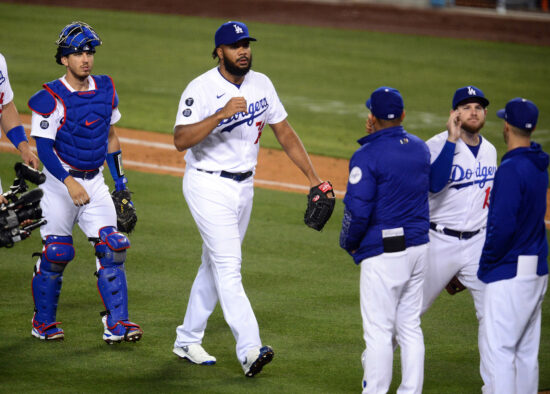 The Los Angeles Dodgers look to maintain their dominance over not only the San Francisco Giants, but the entire MLB when the teams continue their weekend series on Friday. L.A tallied a 4-3 win on Thursday night, pushing their mark to 4-0 vs. the Giants this season and the 13th victory in the last 15 overall for the Dodgers. San Francisco is a +166 road underdog in this matchup (LAD -199).

Any Hope for Giants?

San Francisco has been pretty good against teams not named the Dodgers lately, going 7-4 over their last 11 with all 4 losses coming against L.A. Of course the only problem with that is Los Angeles is the opponent on Friday night. SF is still just 1.5 games back in the NL West, which is saying something considering the Dodgers and Padres are a combined 17-3 over their last 20.

The Giants managed just 3 hits in Thursday night’s series opener even though the Dodgers did a bullpen game with David Price going 2.2 IP and not allowing a base runner. SF did get HRs from Donovan Solano and Evan Longoria to keep the game within striking distance, but ultimately the Giants lost for the 4th time in four games vs. L.A this season.

Anthony Desclafani (4-2, 3.54 ERA) makes his second straight start vs. the Dodgers, and things couldn’t have been much worse than last Sunday when he allowed 10 ER over just 2.2 IP in an 11-5 Giants loss. The right-hander had allowed just 1 ER in two starts prior, so which version of the pitcher shows up on Friday night?

L.A did just enough to get the 4-3 win on Thursday night, riding HRs from Justin Turner, Max Muncy, and JD Peters, as their source of offense. It was a nice bounce-back victory after a 5-2 loss to the Astros in a Trevor Bauer start on Wednesday snapped an 8-game win streak.

The Los Angeles offense is licking their chops to get another shot at Desclafani. The Dodgers had a 10-0 lead by the end of the 3rd inning against Desclafani on Sunday, powered by a grand slam from Gavin Lux and 3 RBI from pitcher Julio Urias. Lux now has 11 RBI in his last 13 games, and Muncy has hit .409 (18-44) with 12 runs scored over that span.

Walker Buehler (3-0, 2.78 ERA) also makes his second straight start vs. the Giants. The right-hander went 7.0 IP last Saturday in a 6-3 Dodgers win. Buehler is zoning in as he went 7.0 IP allowing just 1 hit vs. Arizona in a start prior, and has pitched into the 7th in 5 of his last 6 starts.

The price is sky high on Los Angeles (-199) for this matchup, but the run line at +105 is doable. The Dodgers lit up Desclafani last time out, and Buehler should do his part in containing the Giants while pitching at home.