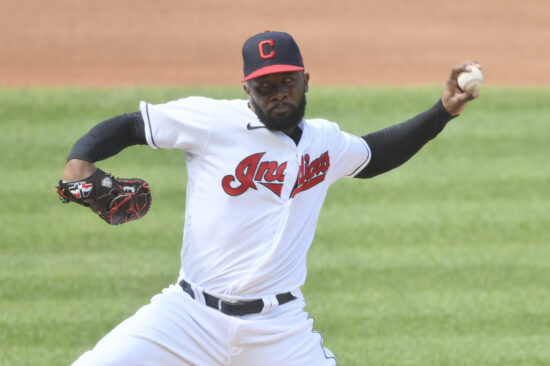 Doubleheaders are always tricky to wager on because you don’t know how the lineups are going to play out, but that’s where the Cleveland Indians and Minnesota Twins find themselves on Tuesday. Oddsmakers aren’t expecting a ton of runs in the day game of Wednesday’s doubleheader (O/U 6.5) but at the same time, the Twins are -125 favorites even while being late to name a starting pitcher.

Tuesday’s line kind of contradicts itself. The Indians have Triston McKenzie on the hill for the series opener and he’s been great lately which is why the run total is just 6.5. That being said if oddsmakers are expecting a low-scoring game because of McKenzie’s dominance, then wouldn’t Cleveland be favored instead of slight +104 underdogs?

Make no mistake, the lanky right-hander has been great as McKenzie has allowed a total of 5 ER over his last 5 starts. That also includes a break from August 21st to September 2nd with shoulder fatigue, something to consider even though McKenzie has given up just 2 ER over 12 IP since his return.

McKenzie’s on the bump, the Indians are coming in after an off day, and the Twins had to do a makeup game with the Yankees on Monday – not to mention Minnesota has no starting pitcher slated for the early game Tuesday. So, the question has to be asked – why aren’t the Indians favored?

It Doesn’t Matter Who Minnesota Pitches

The answer to why Cleveland isn’t a favorite in Tuesday’s early game despite having one of their best pitchers on the bump is to look no further than the Indians’ offense. Cleveland managed just 4 hits in an 11-1 loss to the Brewers on Sunday, their 5th time in the last 7 games being held to 2 runs or less.

The Indians’ offensive struggles are for real, as Oscar Mercado is the only player hitting above a measly .222 over the past week. Cleveland only has 3 HR in the last week as well, and guys like Franmil Reyes are struggling as he’s struck out 11 times in the last 21 ABs.

What Cleveland’s offensive woes do is give Rocco Baldelli a little bit of flexibility on who he will start in Tuesday’s opener of the doubleheader. Rookie Joe Ryan will pitch sometime on Wednesday, and even though he’ll be making just his 3rd MLB start he’s coming off 7 innings of 1-hit ball against Cleveland last time out.

Who will win today’s MLB Game:

The Twins definitely have some nice return on investment at -125, especially because they don’t seem like they should be favored in this matchup. How bad is the Cleveland offense that they’re underdogs even though the opposition hasn’t named a starter? Either way, McKenzie keeps this one close early, making it anybody’s game over the last two innings.