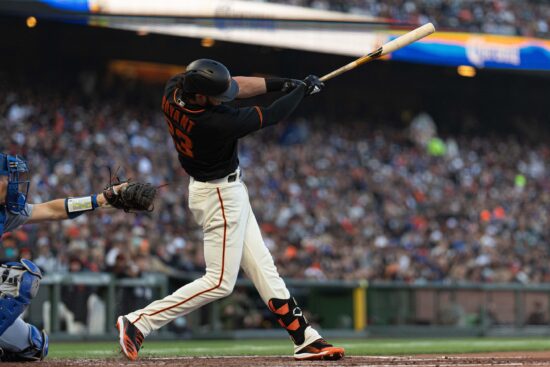 The rubber match of the three-game weekend series between the Los Angeles Dodgers (86-50) and San Francisco Dodgers (86-50) will be a primetime showdown Sunday night. The Giants took the opener with a 3-2 win in 11 innings, but the Dodgers got their revenge on Saturday with a 6-1 win.

Whichever team wins Sunday night will have sole possession of first place in the N.L. West, and as they won’t play head-to-head again during the regular season, this game could be the difference between a division title and a wild card game.

Trea Turner atoned for his Friday night error with a home run to lead off Saturday’s game. The Dodgers scored twice more in the top of the first and never looked back. Corey Seager also homered in the ninth, putting the game further out of reach. With the win, L.A. is now 7-3 in their last ten games, heating up into the season’s final month.

Walker Buehler is the expected starter for Sunday’s contest. This season, Buehler has a 13-2 record, along with a 2.05 ERA and a 0.91 WHIP. He also has 183 strikeouts in 176 innings. Buehler ranks fifth among all baseball pitchers with a 5.9 WAR; the next closest Dodgers starter is Julio Urias at 2.8.

The Dodgers are still dealing with myriad injuries. Clayton Kershaw threw a two-inning simulated game on Friday, but he remains on the 60-day I.L. Fellow starters Tony Gonsolin (10-day I.L.), and David Price (elbow soreness) are in a precarious position heading towards postseason play, and A.J. Pollock was diagnosed with a hamstring injury after Saturday’s game.

San Fran’s Struggles Could Be Costly

With Saturday’s loss, the Giants are now 4-6 in their last ten games, and they’ve lost five of their last seven contests. While they’re still 13.5 games ahead in the Wild Card standings, the losses are starting to pile up.

San Francisco has not named a starter for Sunday’s game, and like Saturday, they’re taking a bullpen-heavy approach. Alex Wood is on the COVID-19 list, and Johnny Cueto is dealing with injury issues. Manager Gabe Kapler said the Giants plan to use bullpen games to offset the rotation until Wood and Cueto are back in the mix.

Buster Posey has been excellent in this series, driving in the game-winning run on Friday night and going 3-for-4 on Saturday with a double and another RBI. Posey has a .949 OPS against the Dodgers this season.

Who wins the Dodgers vs Giants game tonight:

After mixed results in Saturday’s game, it’s hard to trust an already worn Giants bullpen to get the job done again on Sunday, especially with Buehler on the bump for the Dodgers. Take L.A. to win the game and the series.