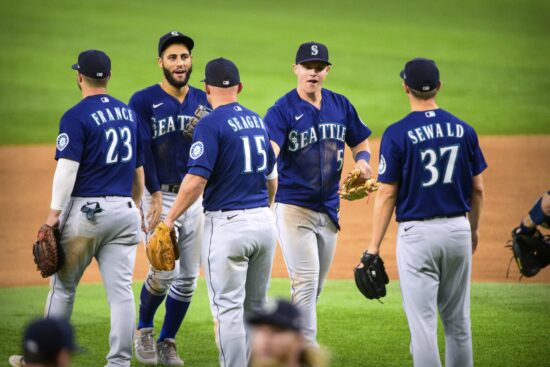 The Seattle Mariners come to Houston blistering hot, winning eight of their past ten games, putting themselves within 5.5 games of the American League West lead, and only three games out of a wild card spot. Houston on the other had has posted a 5-5 record in their last ten, losing four of their last five. Tonight is the first game of six the Astros play at home before hitting the road again, so hopefully, some home cooking will help them turn things around.

We Aren’t in Kansas (City) Anymore

Going up against the last-place Kansas City Royals, the Astros were predicted to blow through the Royals, and maybe pick up some steam, and that couldn’t have been further from the truth. The Astros lost three of four, managing the final game of the series, but it took extra innings to get the win. Tonight, the Astros are looking for the right-handed veteran, Lance McCullers Jr. to right the ship. McCullers Jr. has been one of the Astros top starters this season posting a 9-4 record with a. 3.22 ERA. If McCullers get the win tonight in Houston, it will tie his career-high in wins, which he set in 2018.

The Astros offense is led by, none other, than their second baseman, Jose Altuve. Altuve has slugged 25 home runs this season while posting a slash line of .272/.345/.479 in 108 games this season. Houston also relies on the big bats of their right fielder, Kyle Tucker, and their designated hitting, Jordan Alvarez. Tucker, unfortunately for the Astros was placed on the Injured List earlier this week. The reasoning, according to the Astros manager Dusty Baker, is due to health and safety protocols. The good news out of all of this for the Astros is that Tucker is expected to be back sooner rather than later

The Mariners Are Holding Down the Pacific North West

The Seattle Mariners are doing everything they can to end their epic post-season drought, which is currently sitting at 19 years if they don’t make the postseason. With their recent three-game winning streak, coupled with both Houston and Oakland struggling, the Mariners now just sit 5.5 out of first place and 3.0 out of a Wild Card spot. On the hill for the M’s Friday night is their Japanese left-handed star, Yusei Kikuchi. Kikuci is having a breakout year in his third year in the majors, posting a 7-6 record with a 3.82 ERA over 129.2 innings pitched. The Japanese star has already set career highs in wins, strikeouts, and ERA+.

The Mariners offense is lead by the hard-hitting bats of Kyle Seager and Mitch Haniger, who have both blasted 27 home runs this season. Dylan Moore sparks the offense even though his batting average says differently (.179). Once Moore gets on base, he uses his speed to move around the bases, stealing 18 bags this season.

The surging Marines are coming into town for a pivotal three-game season against the division-leading Astros. Look for the Mariners to stay hot, continuing the Astros struggles and pulling out a win in at least the first game of this series on Friday night.