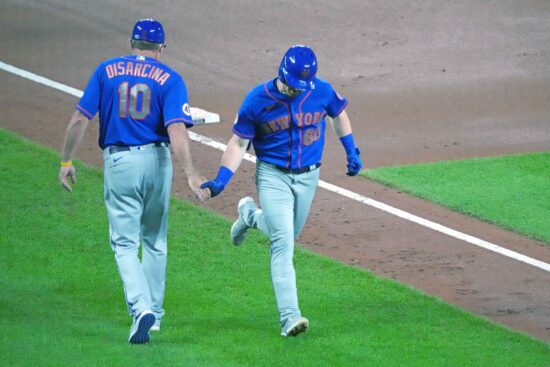 After splitting a four-game series last weekend, the New York Mets and San Diego Padres are back at it again this weekend. The only difference is the Mets will host the series starting with Friday’s game.

As mentioned, the Mets and Padres met last weekend. The Padres took the first two games of the series while the Mets struck back by winning the next two. However, the Mets had a considerable 13-8 advantage in total runs despite each team getting shutout once during the series.

Since that series, the Mets have only played twice, splitting a pair of games with Baltimore. As a result, they still lead the NL East by 3.5 games. Meanwhile, the Cubs dropped two of three against the Cubs, dropping them 2.5 games off the pace in the NL West.

The Mets will send Cy Young frontrunner Jacob deGrom to the mound on Friday night. With a 0.62 ERA this season, deGrom has been close to unhittable this year. He’s in the midst of what could be a historic season for a pitcher.

Of course, the Padres know all about deGrom’s exploits, as they were held to just three hits over seven scoreless innings when they faced him last week. Outside of a couple of home runs by Manny Machado, almost the entire lineup has gone cold over the last week. In fact, since the start of June, the Padres have been held to two runs or less six times.

In fairness, the Padres will also send a former Cy Young winner to the mound on Friday, with Blake Snell getting the start. However, Snell has looked rather ordinary compared to his Cy Young year, going 2-2 with a 4.83 ERA over 12 starts. In fact, he’s failed to complete five innings in four of his last six starts.

On the bright side, Snell pitched seven shutout innings against the Mets last weekend. However, the Mets are averaging 5.25 runs per game in June and are fresh off a 14-run outburst on Wednesday against the Orioles. With Pete Alonso red-hot and Francisco Lindor finally coming around, New York’s lineup looks more formidable than it did a couple of weeks ago.

Who will win the Mets vs Padres game:

With deGrom on the mound, the Mets are -165 favorites to win on Friday, while San Diego’s moneyline is +140. While deGrom gives New York a huge advantage, the Mets are notoriously terrible offensively with him on the mound, especially against a pitcher who had their number last week. Despite deGrom’s brilliance, there is value in taking the Padres as considerable underdogs.