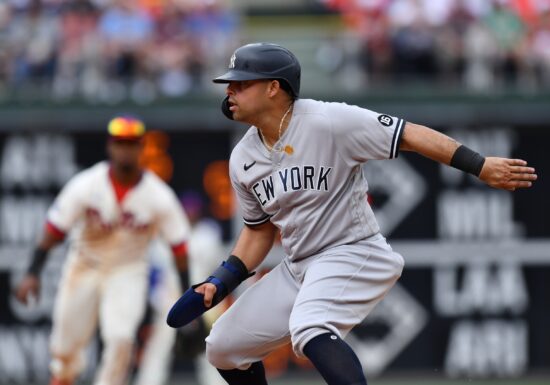 Get ready for a nice east coast rivalry that dates back to the 2009 World Series, as the Philadelphia Phillies take on the New York Yankees in the Bronx on Tuesday. The Phillies have won two straight games and are 7-3 over their last 10. Philly is also currently two games back of the New York Mets for first place in the NL East. Meanwhile, the Yankees are coming off a huge series win at home against the Red Sox, capped off by a dominating victory on Sunday Night Baseball. New York sits three and a half games back of the second AL Wild Card spot.

Aaron Nola has been the Phillies’ best pitcher for the last few years, but 2021 has been a sour one for the right-hander so far. Nola currently possesses a less than admirable ERA of 4.53, with a record of 6-5 on the season. Luckily, Nola will be facing a righty-heavy Yankees lineup, so he should be able to utilize his slider efficiently in this one. Nola comes into Tuesday’s matchup with 126 strikeouts.

Offensively, the Phillies average 4.5 runs per game and are led by outfielder Bryce Harper who has become somewhat underrated. Harper is currently hitting for an elite slash line of .283/.380/.524. Jean Segura has been red-hot after a slow start to the season and is leading off for Philly these days, batting .315.

Center fielder Odubel Herrera remains on the 10-day IL with an ankle injury, and starting third baseman Alec Bohm remains out due to Covid-19.

Domingo German has struggled in the starting rotation with an ERA+ of 91. This is a rotation that, after ace Gerrit Cole, absolutely falls off a cliff. German will be in tough against a Phillies lineup led by Harper, and it will be up to the Yankees to give him run support early.

Giancarlo Stanton will be asked to do the majority of the damage, with Aaron Judge currently out (Covid-19). Gio Urshela, Clint Frazier, Miguel Andujar, and Luke Voit also remain on the 10-day IL. Gleyber Torres is currently hitting cleanup with all of the injuries, hitting .240/.330/.328 in 2021.

Despite Nola’s struggles thus far, the Phillies easily have the more dominant pitcher starting and have the offensive advantage as well with the boatload of injuries that the Bronx Bombers are dealing with. Take Philadelphia to improve to 3-0 against the Yankees on the season.