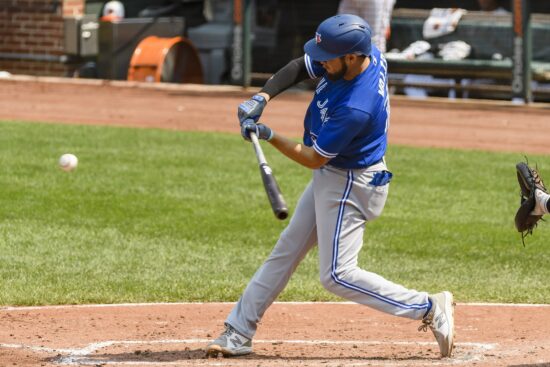 One of the biggest games on the MLB schedule on Monday is the AL East showdown between the Tampa Bay Rays and Toronto Blue Jays. Toronto is the hottest team in baseball right now, as they look to peak at the right time for a playoff push. Tampa, on the other hand, will look to showcase what has kept them at the top of the AL East standings throughout the second half of the season.

The Tampa Bay Rays have the best record in the American League, entering their three-game series with the best record in the American League. And with just a couple of weeks left in the regular season, their nine-game lead in the division isn’t in any real peril. Because of that, the goal for the Rays is simply to avoid losing their edge heading into the postseason to avoid any upsets in the Division Series.

Games like this one against the Jays are great for maintaining an edge, as the Rays will be facing a team still fighting for a playoff berth in front of a passionate home crowd in Toronto. Monday’s starting pitcher, Ryan Yarbrough, will likely benefit from pitching in a game like this one, as it could prepare him for pitching in a playoff atmosphere.

Over the last couple of weeks, there hasn’t been a hotter team in baseball than the Toronto Blue Jays. Toronto has picked up victories in 11 of their last 12 games, vaulting them up the standings and into the top spot in the American League Wild Card race. On Monday, the Blue Jays will rely on one of their most dependable starting pitchers to extend their run and move one step closer to the playoffs.

Alek Manoah will take the mound for the Blue Jays against the Rays on Monday night. Manoah is 5-2 on the season with an ERA under 4.00 for the year. He is averaging over a strikeout per inning on the season, making it difficult for opponents to make consistent contact to put him into danger.

While the Rays would have the upper hand in this matchup in the postseason, the Toronto Blue Jays are too locked in to go against right now. Manoah should deliver another solid start for the Jays, while their bats are coming off of a three-game series with the Orioles where they scored a combined 44 runs. Expect the good times to keep rolling for the Blue Jays, as they should cover the runline against the Rays on Monday.