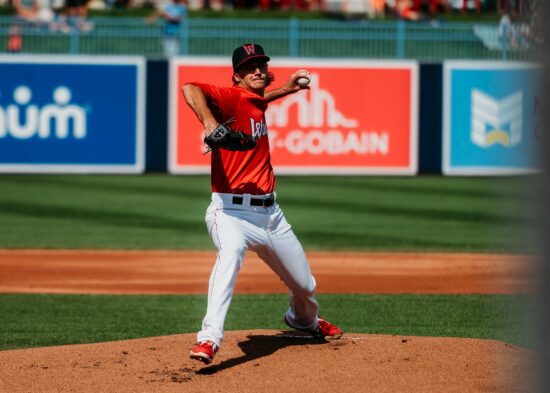 A big series to determine who will be in play for the AL wild-card race gets underway at T-Mobile Park gets underway when the Boston Red Sox visit the Seattle Mariners. Boston has dropped 4 of 6 facing the Rays and White Sox the last two series’ but are still in a tie with the Blue Jays for the top two wild card spots in the American League. Seattle is right in the mix as well though, sitting 3 GB.

Boston Fighting With What They Have

There’s only three weeks left in the regular season, but Boston’s main goal right now is to tread water until they are healthy/cleared. The Red Sox are 6-8 over their last 14, but that’s understandable with 10+ players currently on the COVID list.

Alex Cora’s team has done a good job of staying in the hunt, currently holding an edge over the Yankees, Mariners, and A’s for the 2nd wild card spot. The Red Sox do get a favorable matchup against a Seattle pitcher who is struggling, but who can you count on to step up for Boston? The Red Sox as a team have hit just 6 HR over the past week while Kyle Schwarber, Enrique Hernandez, and Rafael Devers are all hitting under .200 over that span.

The good news is that Boston does seem to have the pitching edge in the series opener as the durable Eduardo Rodriguez (11-8, 5.15 ERA) makes his 28th start of the season. The Red Sox would have less value with Rodriguez starting in Beantown, as the left-hander has allowed 11 ER in his last two starts at home but has a better ERA on the road (4.41) compared to at home (6.32).

Things were lining up nice as the Mariners pulled within a game of the wild card spot and had a series with last-place Arizona over the weekend. Instead of taking advantage, Seattle lost 2 of 3 to drop to 3 games back in the race. The Diamondbacks have brought up a lot of young and hungry players over the past couple of weeks – but are still the worst road team in baseball at 19-53.

To make matters worse, Seattle had swept the Diamondbacks in Arizona the weekend prior, outscoring them by a combined 24 – 14. The Mariners are up against Rodriguez on Monday but haven’t faced the Red Sox starter since April scoring 3 ER over 7.0 IP. J.P. Crawford (2 for 6) is the only one of six Mariners batters with experience against Rodriguez to hit better than .300 against him.

Logan Gilbert (5-5, 5.10 ERA) will find out if he’s truly out of the woods from some recent struggles when he takes the hill on Monday night. Gilbert has allowed 2 ER over his last 2 starts (9.1 IP) but also allowed 19 ER in his three starts prior. Gilbert has only faced one player on the Seattle roster.

This one is the proverbial value on both teams matchup. It would be easy to go against Seattle after they horrendously lost two of three against Arizona over the weekend – these are usually the bounce-back games though. Boston has been struggling lately, but they’ve also faced the Rays and White Sox. Ultimately the pitching edge goes to the Red Sox, as Gilbert has shown the propensity to be really bad over a few of his last five starts.