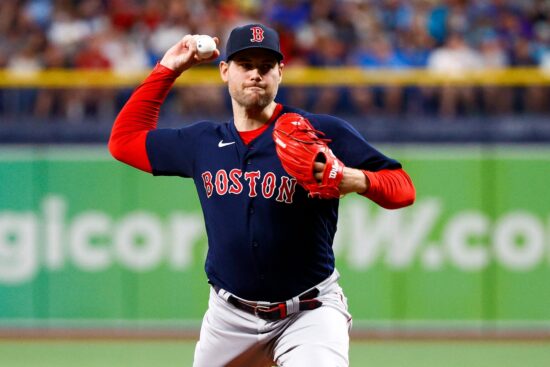 The Boston Red Sox and Tampa Bay Rays will face each other on Saturday evening in a pivotal AL East Matchup. The Rays got the best of the Red Sox on Saturday night, defeating Boston by a score of 9-5. Boston took an early 3-0 lead in the first inning, but Ji Man Choi and Francisco Mejia homered, and Wander Franco drove in two runners as the Rays pulled away to prevail. Tampa is now first in the AL East at 63-42, as Boston sits half a game back at 63-43. This is a series that could very well determine who wins the division when we look back and reflect at the end of the regular season.

Tampa Continues To Get The Job Done

You’d think that coming off a World Series loss to the Dodgers, the Rays may fall back down to earth and experience a bit of a hangover. It’s been anything but as the Rays once again find themselves atop the always competitive AL East, even with the departure of ace Blake Snell in the offseason.

The addition of veteran slugger Nelson Cruz has already proved valuable, as the 40-year-old already has two home runs with his new club. Austin Meadows leads the Rays in OPS+ at 128, and second baseman Brandon Lowe has caught fire after struggling to begin the year. Lowe is now slashing for an OPS of .804 with 22 HR’s and 52 RBI’s.

Red Sox Have An Elite Offense

Getting through a batting order of Rafael Devers, J.D. Martinez, and Xander Bogaerts is no easy task. All three Boston star hitters have an OBP above .350 and are some of the toughest outs in all of baseball.

Kike Hernandez is starting to find his groove as the leadoff hitter in the Sox lineup, and first baseman Bobby Dalbec is starting to find his form as well. The Red Sox average the fourth-most runs in all of baseball and bat .257 as a team. Shane McClanahan will certainly be in tough against a Boston roster that can absolutely rake.

28-year-old Nick Pivetta will take the mound for the Sox as they hope to bounce back after Saturday’s loss. The Canadian native is 8-4 on the year with 4.51 ERA and 120 strikeouts to account for.

Although Pivetta’s numbers aren’t flashy, you know what you’re getting with him, and it’s hard to bet against guys like Devers, Martinez, and Bogaerts in a nationally televised primetime game. The Boston Red Sox are a premiere franchise in the MLB, and this is usually the spot where you can see them get the best of a small market Rays club that doesn’t get featured on Sunday Night Baseball much.

Take the Red Sox to win on the road in this one. They’ve been on the big stage multiple times, and the Rays haven’t.