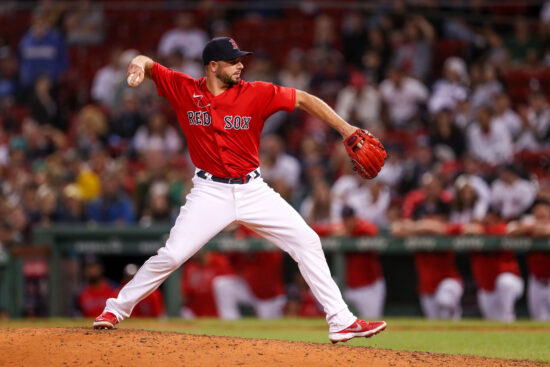 The top two teams in the AL East meet up for a weekend series in St. Petersburg. The Boston Red Sox currently hold a 1.5 game lead over the Tampa Bay Rays, and the division can go either way based on how the next three games play out. Oddsmakers have Boston a +125 underdog up against the Rays (-135).

The Trop is a tough place to play, but Boston is 30-19 on the road this season. Boston swept the Rays at Fenway back in April, but also dropped 2 of 3 in their only visit to St. Pete last month. TB has won 62 of their last 85 games as a home favorite, and are 31-20 on their own field this season.

The Red Sox do come into this contest a bit demoralized, falling 13-1 to the Blue Jays at home on Thursday as -119 favorites. Eduardo Rodriguez lasted just 3.1 IP in that defeat, forcing Alex Cora to burn up a lot of bullpen innings. That means Boston needs a big outing from Friday’s starter Martin Perez, who hasn’t thrown more than 80 pitches in four straight starts.

The Red Sox lineup may also be a bit flux in this series opener. The team acquired Kyle Schwarber from the Nationals on Thursday, but he’s currently on the IL with a hamstring injury. Rafael Devers has three straight multi-hit games, but missed Thursday’s loss to the Blue Jays with a quad issue.

Rays Can Take Control This Weekend

Tampa Bay can climb to within ½ a game of the division lead with a win on Friday night. The Rays (like the Sox) could be busy at Friday’s trade deadline and have already added Nelson Cruz from the Twins. Cruz has homered twice in five games with TB, but is questionable Friday with a foot injury.

The Rays have momentum coming into this contest, spanking the Yankees 14-0 at home on Thursday as +112 underdogs. New York did take 2 of 3 in that series, but it could be another big day for the TB bats against Perez, who is 2-5 with a 5.61 ERA in his career vs. the Rays. Cruz and Mike Zunino have both gone deep three times in their career vs. the Boston starter.

Josh Fleming will get a majority of the work for Tampa Bay on Friday in this matchup of two Southpaws. Fleming gave up 7ER over just 4.1 IP against Atlanta on July 17th and gave up 3 ER over 4.0 IP to Cleveland last time out so he is struggling a bit. Boston bats are in a rut too though, scoring just 6 runs over their last three games.

Boston dropped two of three at the Trop in their only visit to St. Petersburg this season. Tampa Bay also just lost two of three against the Yankees though, and it’s always hard to follow up a huge offensive outing like the Rays had on Thursday while plating 14 runs. Boston has the value in this one.