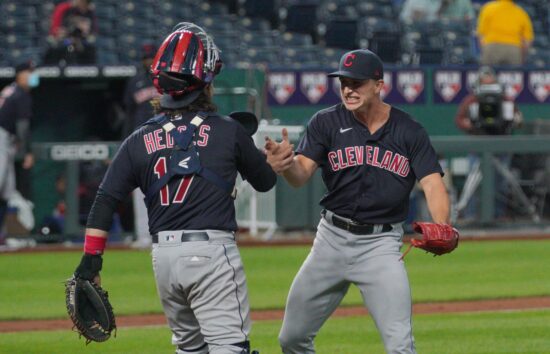 The in-state rivals will kick off a three-game series tonight in Cleveland. The Indians have been red hot and have moved into first place in the AL Central. The Reds have bounced back to win 5 of 8 after losing seven straight to end April.

It should be a good pitching matchup as the two teams start the series. Wade Miley (3-2, 2.67 ERA) has been Cincinnati’s best starting pitcher this season. Zach Plesace (2-3, 4.78 ERA) has been better his last two starts after a shaky start to the season.

Cincinnati’s offense has been really good to start the season but has not been able to make up for the shaky pitching staff. The Reds are 7th or better in runs, batting average, on-base percentage, and slugging.

Miley has thrown 27 innings allowing only 19 hits and 7 walks. He has a WHIP of 0.96 and has struck out 19 while surrendering 3 homers.

Reds hitters have had a lot of success against Plesac in the past. They have combined for an OPS of 1.017. Nick Senzel and Castellanos both have OPSs over 1.000 and one home run off of Plesac.

Cleveland has won five straight and 9 of 11 to find themselves a half-game ahead of the Chicago White Sox for first place in the AL Central. Sweeping the then first place Kansas City Royals, certainly helped their cause.

The pitching staff has helped make up for a lack of thunder on offense. They are top ten in ERA, quality starts, WHIP and batting average against.

Cleveland hitters have had mild success against Miley. They have combined for an OPS of .731. Jose Ramirez is 2 for 10 with a homer off of Miley.

Plesac seems to have found his groove in his last few starts and Miley is due for a regression. I like the Indians at -145.