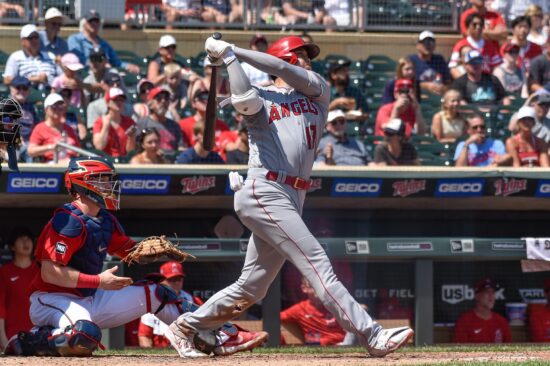 After losing the series to the Los Angeles Dodgers, the Rockies look to rebound against the Angels. These two teams haven’t faced each other yet this season but are sure to be exciting. Colorado struggled in their series versus the Dodgers. This is mainly due to them having no answer at the plate for the Dodgers pitching. With Shohei Ohtani on the mound for the Angels, the Rockies need to be better at the plate.

The Rockies can’t get over the hurdles at the plate.

The batting average for the Rockies isn’t a terrible one, and they actually rank 12th in the league. You wouldn’t know that, though, when watching them in a game. Even with their hits, they can’t get on base, and when they do, they can’t score runs. One of the reasons we’ve noticed this is due to their lackluster .311 on-base-percentage. This percentage ranks 20th in MLB and has hurt the Rockies recently.

Originally, the 8-7 German Marquez was supposed to get the start at pitcher. However, keep an eye out for the 2-8 Antonio Senzatela. If Senzatela does start, this gives you even more of a reason to take the Angels. If you need more of a reason, consider the Rockies 10-36 record on the road. Over the last ten games, the Rockies are 5-5 and have been outscored by five runs.

Ohtani at the plate for the Angels is good news

It’s no secret that Shohei Ohtani has taken the world by storm. He’s a dynamic pitcher, but he’s also a heavy hitter who hit his 35th home run against the Twins. This versatility has led to the Angels having a do-it-all kind of player, which not many teams have. Los Angeles is favored to win the first game of this series, and it’s hard to argue when you see the expected pitchers.

Angels need this just as bad as the Rockies

Who Will Win Tonight’s MLB Game:

The Rockies, regardless of who makes the start at pitcher, have no way of dealing with the Angels batting. You have to remember, even aside from Ohtani, the Angels have the third-best overall team batting average in MLB. They rank 13th in on-base percentage and tenth in runs. Colorado just doesn’t have an answer for that.