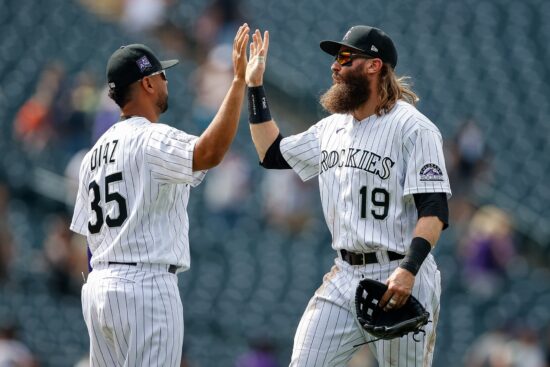 The Los Angeles Dodgers lost three out of four games in their four-game set against the San Francisco Giants heading into this series with the Colorado Rockies. Here, the Dodgers will look to get back to their winning ways, while the Rockies will look to keep the Dodgers at bay. But that will be a real challenge for the Rockies, especially with the pitching matchup for this game in mind.

The Colorado Rockies have struggled this season, sitting in fourth place in the NL West standings with a bottom-four record in the National League as a whole. And in this weekend series, they are tasked with taking on a team they have been awful against all year. Colorado comes into this matchup with the Dodgers with a 2-8 record against their division rival on the season, a record that could get worse over the weekend.

If the Rockies are going to get a much-needed win over the Dodgers in this Friday showdown, Chi Chi Rodriguez will have to propel them there from the mound. The Rockies’ starter has had a rough season, going 3-6 with a 5.99 ERA. And against one of the highest-scoring teams in Major League Baseball, it is possible his ERA could continue to creep up once this contest is through.

Dodgers Hope the Price Is Right

It was a rough week for the Los Angeles Dodgers, as the team dropped three games in a four-game series with the rival Giants. Fortunately for the Dodgers, they have a great opportunity to get back on track and close the three-game deficit between them and the Giants in the standings. To do that, they will need David Price to pitch the way he has been pitching.

David Price takes the mound for the Dodgers tonight, who is in the middle of a solid season in what action he has seen for the team in 2021. Price is 4-0 on the year, boasting an ERA of 1.56 while averaging right around one strikeout per inning. The sample size has been small, but Price will be expected to deliver another quality performance in this game against the lowly Rockies.

David Price has been pitching well for the Dodgers. That, combined with the explosive nature of the Dodgers bats, could see this game end up lopsided in favor of Los Angeles. Laying the runline with the Dodgers is the best bet for this matchup, as the home team has way more offensive upside in this game.