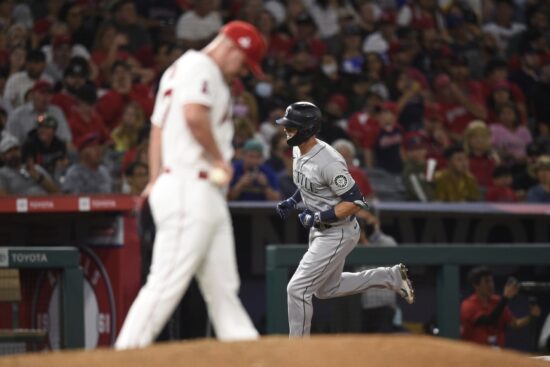 The Seattle Mariners will stay in Los Angeles to take on the Angels for game two of this three-game series. The Mariners were able to take game one by a score of 6-5. Seattle took a 4-1 lead in the third inning and never looked back. The Mariners are currently seven and a half out of first in the division behind the Houston Astros. Meanwhile, the Los Angeles Angels are right behind the Mariners, nine and a half games out.

Mariners try to climb the standings

Being seven and a half games out of first place is never great, especially when it is only after the first half of the season. The good news for the Mariners is they were playing pretty well before the break. Winning four of their last five, the Mariners looked like things were starting to click.

On the mound tonight for the Mariners is the only All-Star representative for the team, Yusei Kikuchi. Making his 16th start, Kikuchi comes into this game on a three-game winning streak. He has an overall record of 6-4 this season and an ERA of 3.48. He is very close to a 3:1 strikeout to walk ratio.

The biggest struggle for the Mariners has been their lack of offensive production. They have no one that is within twenty points of batting .300. They are last in the league in cumulative batting average, .217, and on-base percentage, .671. They are middle of the pack in both home runs and stolen bases. If the Mariners are going to get things going in the right direction, it will need to start with generating more offense.

Mike Trout has been on the 60-day IL, and the Angels need him back as soon as possible. The Angels’ Shohei Ohtani has been the talk of the town, hitting in the home run derby, then pitching and hitting in the all-star game. He has been nothing short of fantastic this year so far, but it’s tough to carry an entire team all by yourself.

Alex Cobb will take the mound for the Angels this evening. Making his 14th start, he has a record of 6-3 and a 4.23 ERA. While Cobb may not be the ace of the pitching staff, he has been able to be effective this season. The Angels need help in lots of different areas of the game, but their starting pitching needs a lot of work.

It has to be tough for COach Maddon to know that his team is in the top ten in almost all hitting categories, yet they are at the bottom of their standings. When the Angels are talked about, everyone wants to talk about Shohei and the crazy things he is doing, but his teammate David Fletcher is flying under the radar having a great season. He is batting .314 with 33 RBIs, and an occasional extra-base hit here and there.

After the loss last night, the Mariners went 3-2 against the Angels when playing in Anaheim. With Yusei on the mound for the Mariners, they are playing at their best.