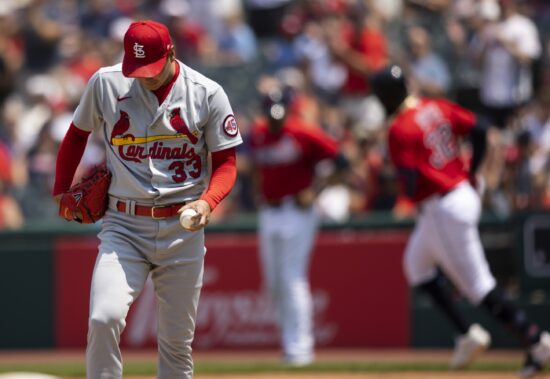 This weekend the St. Louis Cardinals welcome the Minnesota Twins to the Gateway City for a three-game weekend series.

The Cardinals and Twins have each had two disappointing seasons. The Cardinals find themselves in third place of the National League Central at 51-51 and 9.5 games back of the Milwaukee Brewers. The Twins are in the last place of the American League Central and find themselves more than 14 games back of the first-place White Sox.

The Cardinals are not expected to be buyers or sellers, with the trade deadline looming on Friday. Still, the Twins are could potentially trade their best starting pitcher Jose Berrios and their star center fielder Byron Buxton. While that remains to be sorted out, here is a preview of Friday night’s game in St. Louis.

Twins Looking to Upgrade and Deal

While it’s clear that the Twins are engaged in trade discussions involving Jose Berrios, he is still the projected started starter for the Twins on Friday night. Trade discussions for Berrios are primarily focused on teams in the American League. Still, with the Max Scherzer and Trea Turner deal with the Dodgers finalized, Berrios could also see his name in rumors involving the Padres and the Giants.

Wherever Berrios pitches his next game, he has been pretty good for the Twins this season. In 20 starts, the 27-year-old Puerto Rican has a 7-5 record with a 3.48 ERA in 121.2 innings pitched. Berrios has 126 strikeouts this season, which equates to 9.3 strikeouts per nine innings. While he’d like to have a lower walk rate, Berrios has effectively managed with guys on base this season.

Berrios is on a current streak of four starts of at least six innings, and he’s coming off a gem against the Angeles in which he went seven innings and gave up just three hits and no earned runs.

Cardinals go with the soft serve

Soft throwing lefty Wady LeBlanc is getting the ball for the Cardinals on Friday night. Leblanc was acquired by the Cardinals earlier this season after he was DFA’d by the Baltimore Orioles.

Since signing with the Cardinals, the journeyman left-hander has made five starts and came out of the bullpen in four games prior to make his first start. LeBlanc has been masterful at throwing strikes this season and not walking too many hitters, but he also has really struggled to reach the sixth inning in any of his starts.

LeBlanc went just four innings in his last start and gave up three earned runs against the Reds in Cincinnati.

The unknown of Berrios starting this game means that you should wait until the trade deadline expires to place any bets on Friday’s game. If Berrios does take the ball, the Twins should win Friday’s game. However, if he is dealt or scratched, the Cardinals could see the odds adjust in their favor because of uncertainty that the Twins would then have on the mound.