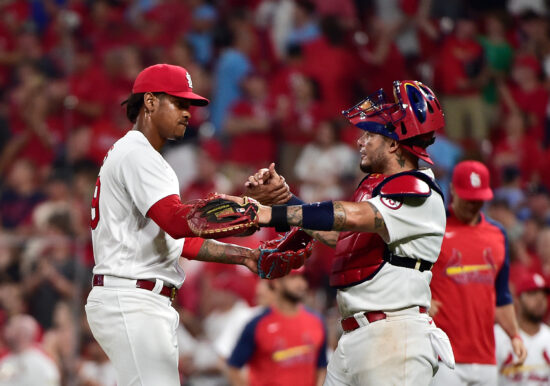 The St. Louis Cardinals have climbed above .500 thanks to Friday night’s 5-1 win over the Minnesota Twins. STL has now won 3 of their last 4 games, holding out a faint hope that they can make up the 6.5 game deficit for the 2nd wild card spot. Minnesota meanwhile was a seller at the trade deadline, and have now dropped 5 of their last 6.

It’s been a disappointing season for the Twins to say the least, and they now have slid all the way down to last place in the AL Central. Minnesota parted with Nelson Cruz and Jose Berrios among others prior to the trade deadline, and now shift their focus to the future.

The Twins are still just a +125 underdog for Saturday’s contest at Busch Stadium. The Cardinals are -145 favorites which still seems low against a Minnesota team that has dropped 11 of their last 14 road contests and are just 19-31 away from Target Field on the year. The Twins offense couldn’t do much in Friday’s 5-1 loss as +141 underdogs.

Griffin Jax did do a solid job of holding the Cardinals to a single run over 5.0 IP while making a spot start after the Berrios trade. Bailey Ober is hoping for similar success (and better bullpen help) in Saturday night’s contest. Ober has been a little better lately, holding the Angels to 2 ER over 5.1 IP after surrendering 7 ER in his two starts prior.

Do the Cardinals Have a Chance?

It seems unlikely that St. Louis can make up the 6.5 game deficit for the 2nd wild card spot, but there are also still 59 games left in the season for the Cardinals. STL has played well as of late though, winning 3 of their last 4 in a last gasp effort for the postseason.

This will be the first time facing Ober for anybody on the St. Louis roster. The Cards got a big game from Tommy Edman in Friday night’s win, as the second baseman drove in three runs. Paul Goldschmidt had 2 hits as did Nolan Arenado and it’s evident the Cardinals have the talent to put together a run.

The big question for St. Louis going into Friday night’s game is their pitching. Jake Woodford makes his 3rd straight start after making his first 17 appearances of the season out of the bullpen. The right-hander has thrown well though, allowing 4 ER over 10.2 IP in those two starts.

St. Louis priced at anything under -150 is the play here. Minnesota has given up on the season, and have been brutal on the road as of late.