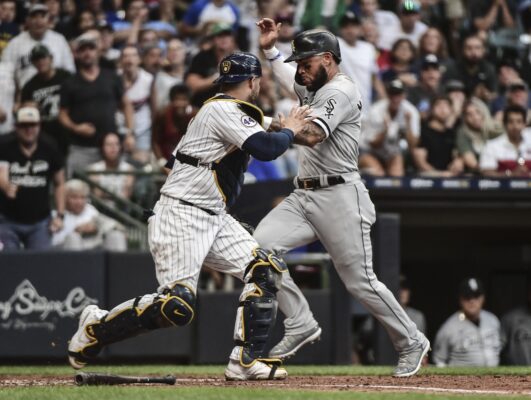 The Milwaukee Brewers look to make it three in a row against the Chicago White Sox on Sunday night when they host the AL Central leaders in a primetime showdown. Milwaukee got the best of Chicago on Saturday night, defeating the Sox by a score of 6-1. First baseman Rowdy Tellez homered twice in the sixth and eighth inning as Milwaukee pulled away in the second half of the game.

The White Sox have lost their last three games while the Brewers are in the midst of a two-game winning streak. It looks like we are in for a close and interesting bout!

Meanwhile, Lance Lynn continues to resurrect his career, with an ERA+ of 220 with a 9-3 record on the season. Lynn has been incredible since joining the White Sox and is pitching the best baseball of his career at the tender age of 34.

One Team Can Hit And One Can’t

The Chicago White Sox remain one of the best offensive teams in baseball, with a .338 on-base percentage which ranks second in the MLB. The Southsiders average 5.1 runs per game, thanks to bats like Jose Abreu, Yoan Moncada, and Tim Anderson. Moncada has finally lived up to his billing with a slash line of .275/.395/.418 in 2021, after struggling in previous seasons.

Meanwhile, the Brewers have been offensively challenged in 2021. Craig Counsell’s ballclub only puts up 4.4 runs per game, with a team batting average of .224. It certainly doesn’t help when names like Lorenzo Cain and Travis Shaw are on the injured list. Christian Yelich is the main source of offense for the Brewers, as he continues to get on base at an elite clip (.387).

The Brewers are only 29-23 at home, so there’s no real home-field advantage. While Woodruff is tough to bet against, Lynn makes things easier, and the Sox are too good of a team to drop four in a row.

Look for Tony La Russa’s squad to make a statement on Sunday Night Baseball and win this nationally televised game. I like Lynn to silence the Brewers struggling bats and for Chicago to shut out Milwaukee on Sunday night.