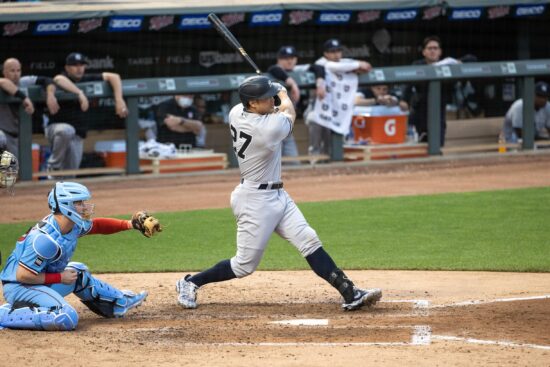 The New York Yankees have won two games in a row over Minnesota and will be looking for a series sweep Thursday. The Minnesota Twins continue to sputter and are just trying to gain any kind of momentum they can. The two teams square off Thursday night at Target Field.

Yankees go for the sweep

The New York Yankees come into play Thursday with a record of 33-29, good for third place in the American League East, 5.5 games behind the Tampa Bay Rays. The Yankees have responded in solid fashion after being swept by the Boston Red Sox last weekend.

The Yankees’ attack is led by right fielder Aaron Judge, who is hitting .293 with 15 home runs and 35 RBI. New York is hitting .233 as a team, which is ninth in the American League.

The Yankees will send right hander Michael King to the mound Thursday to go for the sweep. King is 0-3 with a 3.62 ERA on the season. In 27.1 innings pitched, he has struck out 25 hitters and walked 10. In his last outing, King lost to the Red Sox after going 5.1 innings, allowing four runs on six hits. He struck out five and walked none.

The Minnesota Twins come into play as the cellar dwellers in the American League Central. Their record of 24-37 puts them 13 games behind the Chicago White Sox in the division standings. The Twins were the preseason favorites to win the AL Central, but their team ERA of 4.87 has hindered their progress significantly this season.

Offensively, the Twins are sixth in the American League in hitting, with a team average of .243. They are led by designated hitter Nelson Cruz’s .279 batting average. Third baseman Miguel Sano leads the power categories with 12 home runs and 30 RBI despite hitting .178.

On Thursday, the Twins will send lefty J.A. Happ to the mound. Happ is 3-2 with a 5.61 ERA on the season. In 51.1 innings, he has struck out 37 hitters and walked 16. In his last outing, Happ lost to the Kansas City Royals. In five innings, he allowed five runs on nine hits. He struck out two and walked none.

Neither one of these teams has set the world on fire with their play this season, but someone has to win the game. Expect this one to be a bit on the high side with runs scored. Happ and King both are coming off subpar outings after strings of subpar outings for the pair. The Yankees’ offense could use a kickstart, and this game against Happ may be just what the doctor ordered. Yankees win this one.